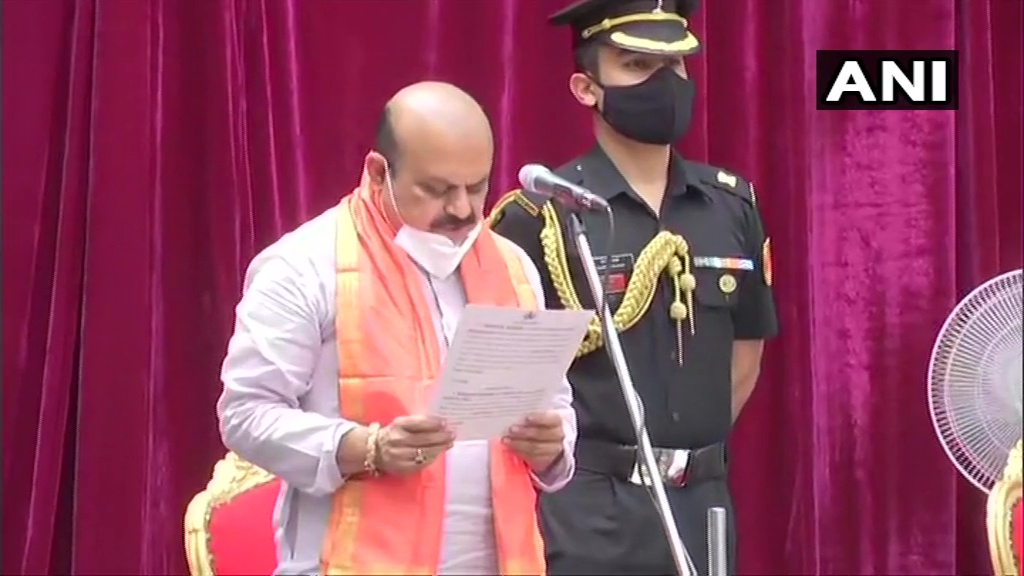 Bharatiya Janata Party (BJP) leader Basavaraj Somappa Bommai on Wednesday took oath as the 23rd Chief Minister of Karnataka. The 61-year-old leader was administered the oath of office and secrecy by Governor Thaawarchand Gehlot at the Raj Bhavan.

"It is a big responsibility in the given situation. I will strive to work for the welfare of the poor. It will be pro-people and pro-poor people governance. We will take all measures to fight COVID19 and floods in the state," he said.

Son of former Chief Minister, late S R Bommai, he was Minister for Home Affairs, Law, Parliamentary Affairs and Legislature in Yediyurappa's council of ministers which was dissolved on Monday.

It's the second time of a father-son duo becoming Chief Minister of Karnataka, after H D Deve Gowda and H D Kumaraswamy.

Bommai is a three time MLA from Shiggaon constituency in Haveri district and has been MLC twice.

Ahead of the swearing-in, Bommai met Yediyurappa, also leaders from the centre- Pradhan, Reddy and Singh.

Ending months of speculation over his exit, Yediyurappa on Monday stepped down as the Chief Minister, coinciding with his government completing two years in office.