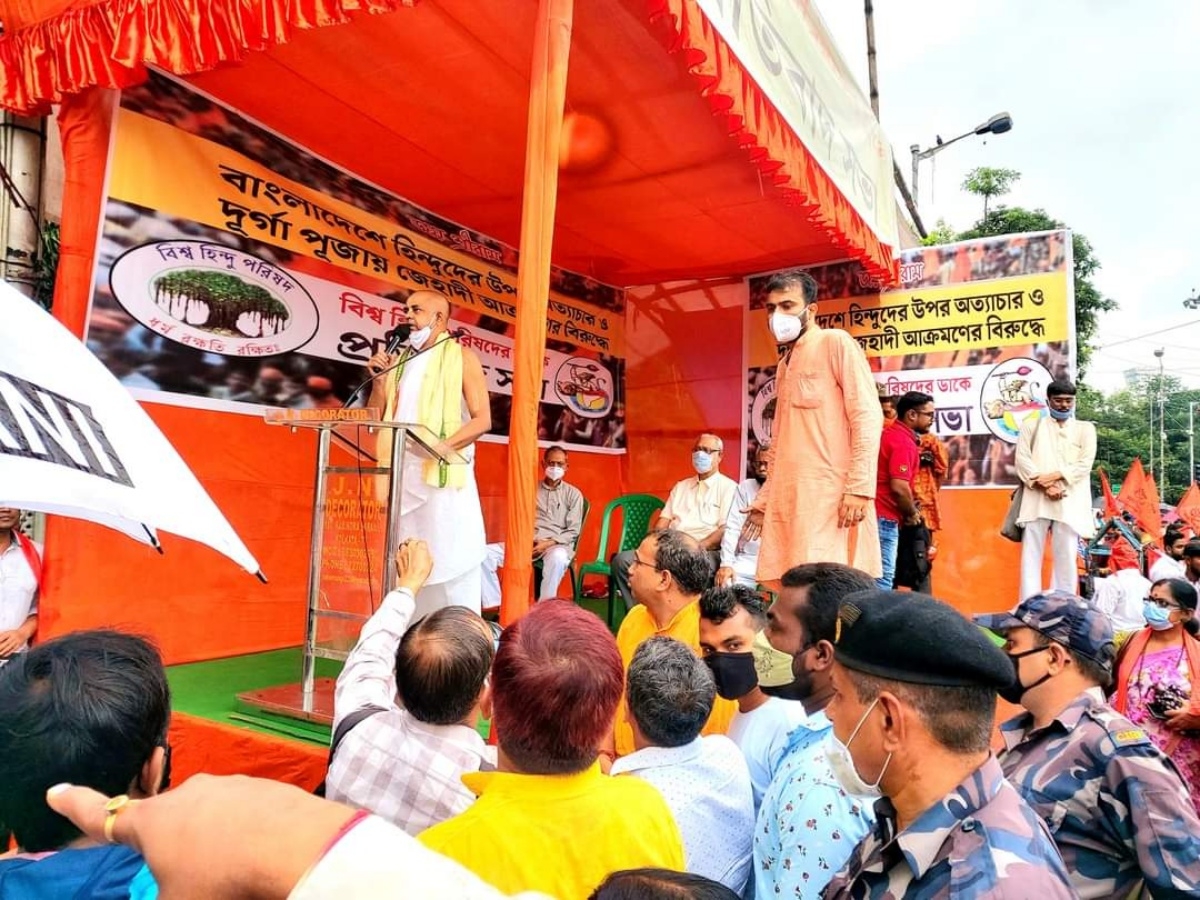 Taking out protest rallies VHP held an agitation at Rani Rashmoni road in Central Kolkata and demanded immediate help to the Hindus suffering in Bangladesh.

Talking to Free Press Journal, VHP South Bengal spokesperson Sourish Mukherjee said that the Bangladesh Chief Minister Seikh Hasina should give immediate protection to the Hindus as the situation in Bangladesh is heart wrenching.

“On Sunday 600 houses were set on fire at Rangpur which is the constituency of Bangladesh Prime Minister. The VHP had already started protesting and will continue till every Hindus are protected,” said Sourish.

VHP’s Central Joint General Secretary, Surendra Jain said that the alleged atrocities being by the radical Islamic Jihadists and fundamentalists on Hindus can only be compared with the brutality of the Nazis.

“The United Nations Organization (UNO) should now send a Peace Keeping Force to stop the nonstop Jihadist genocide of the indigenous Hindus in Bangladesh. The Bangladesh Prime Minister should exercise her duty and ensure the safety and security of her minority Hindu society and get the culprits punished,” said Jain. 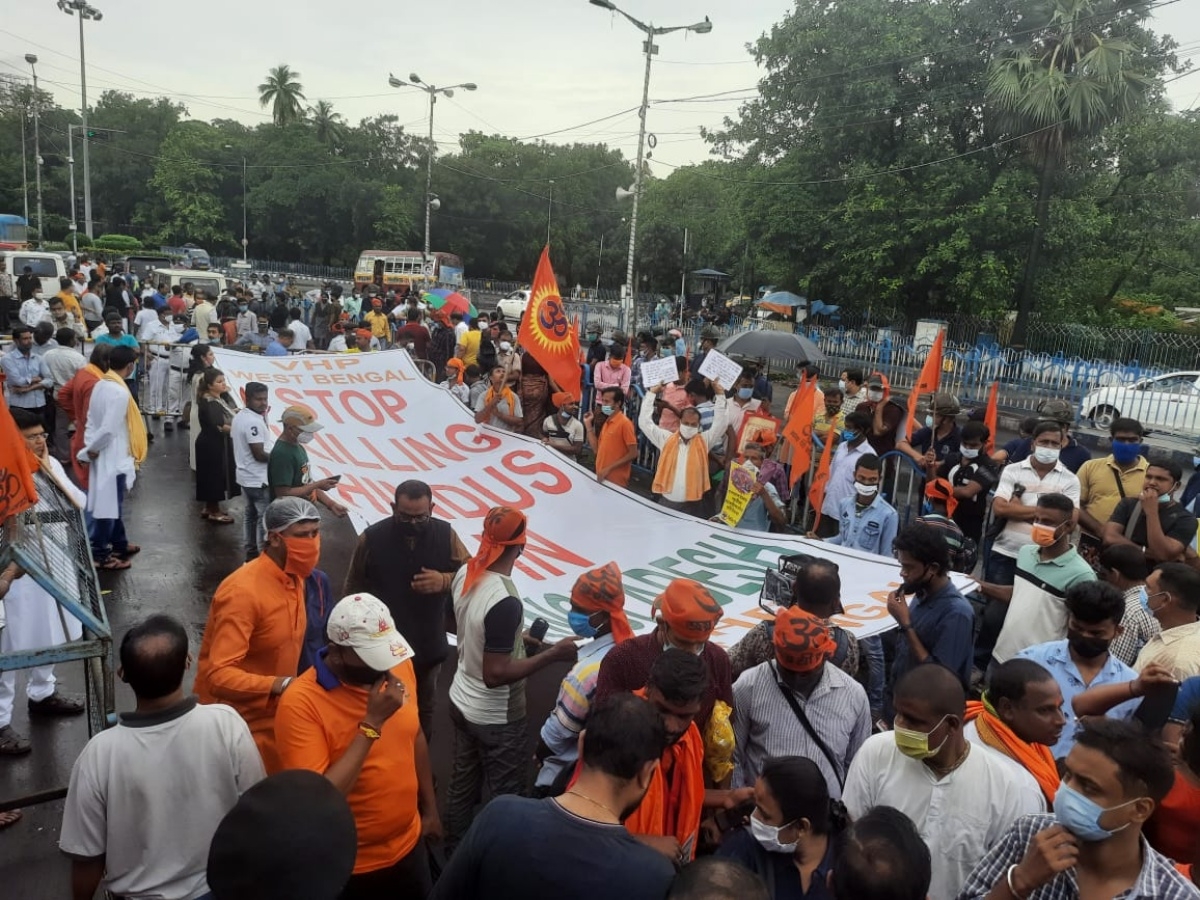 The Joint general secretary also added that in the last 10 days alone, over 150 Mother Durga Puja pandals have been destroyed and over 362 icons of deities demolished. 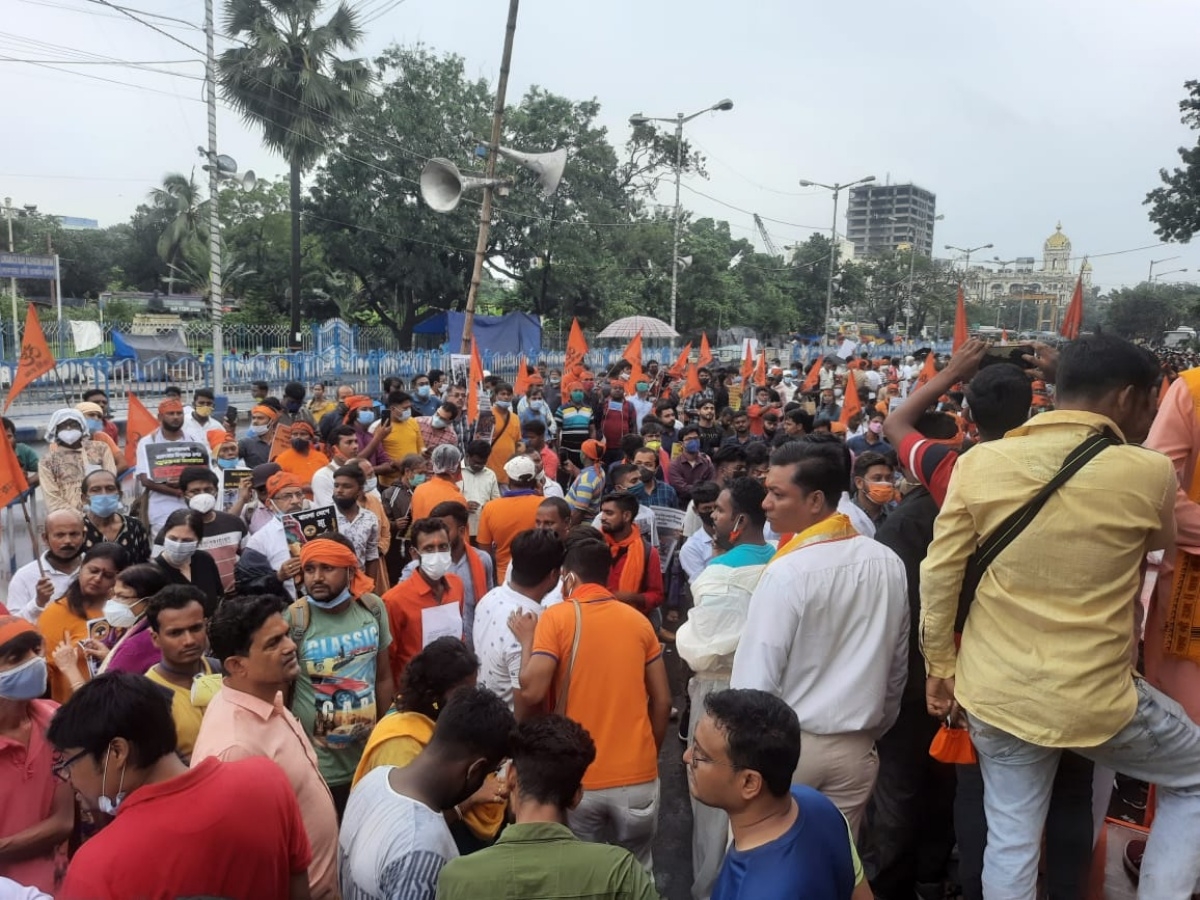