Shahidul Haque, Bangladesh Foreign Secretary is at the Hague to attend the ICJ hearing on the Rohingya issue.
FPJ Web Desk 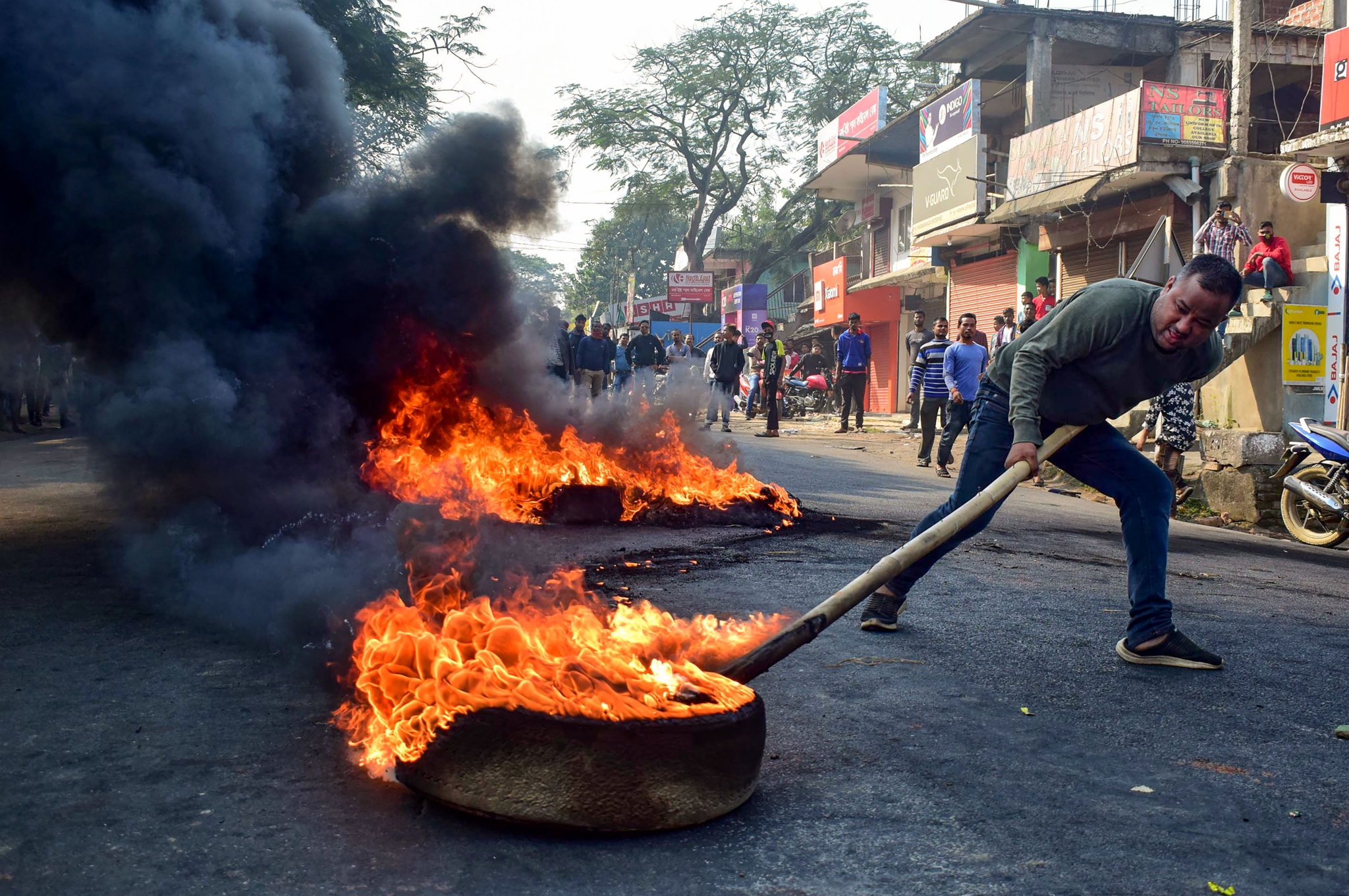 A demonstrator burns tyres on National Highway 17 during a protest rally against CAB, at Boko in Kamrup district of Assam, Friday, Dec. 13, 2019. | Photo by PTI

Shahidul Haque, Bangladesh Foreign Secretary is at the Hague to attend the ICJ hearing on the Rohingya issue.

Bangladesh's Ministry of Foreign Affairs Thursday summoned Indian High Commissioner Riva Ganguly Das and protested against the attack on the convoy of Bangladeshi assistant high commissioner and vandalism of the Bangladesh mission in Guwahati, the Xinhua news agency reported.

The statement said Bangladesh, however, "believes that the attack on the convoy of the Assistant High Commissioner and vandalization of the signposts is a one-off incident and it will not affect the excellent bilateral relations that Bangladesh and India enjoy."

The incidents took place as violent protests are underway over the adoptation of the citizenship amendment bill by the Indian parliament.