Balasaheb Thackeray was a leader who left an indelible mark on the political and social landscape of Maharashtra. He is the founder of the Shiv Sena party and one of the most influential political leaders in the history of Maharashtra, India. He was born on January 23, 1926, and today is his birth anniversary. Several politicians, bureaucrats, and followers paid tribute to Shiv Sena Supremo Balasaheb Thackeray on this special day.

Prime Minister Narendra Modi paid tributes to Shiv Sena founder Bal Thackeray on his 97th birth anniversary on Monday, saying he devoted his life to public welfare. Modi said he would always cherish his interactions with the Maratha leader, one of the early pioneers of hardline Hindutva politics, who enjoyed a large following.

"Remembering Balasaheb Thackeray Ji on his birth anniversary. I will always cherish my various interactions with him. He was blessed with rich knowledge and wit. He devoted his life to public welfare," the prime minister tweeted.

Remembering Balasaheb Thackeray Ji on his birth anniversary. I will always cherish my various interactions with him. He was blessed with rich knowledge and wit. He devoted his life to public welfare.

The Shiv Sena recently split into two factions with the one commanding the support of a majority of its lawmakers siding with the BJP, while another headed by Thackeray's son Uddhav Thackeray aligning with the Opposition in the state.

Uddhav Thackeray took to Twitter to share a wave of nostalgia with his father and son Aaditya. In the throwback photo, the trio can be seen greeting the public from their window. In another tweet, he shared wishes towards the special day in the very own Marathi language. Now Maha CM Eknath Shinde also paid tribute to the Shiv Sena Supremo. In a combined tweet, he shared best wishes on the occasion of the birth anniversaries of Netaji as well as Balasaheb Thackeray.

Check more tweets and tributes below:

A leader of the masses, Balasaheb was known for his firm resolve and ideological loyalty. He will be forever remembered as a pro-people leader. pic.twitter.com/SosNeEAMhC

Remembering Shri Balasaheb Thackeray Ji on his birth anniversary. His life is an inspiration to us. My pranams to him. pic.twitter.com/Nu0aIVmPxe 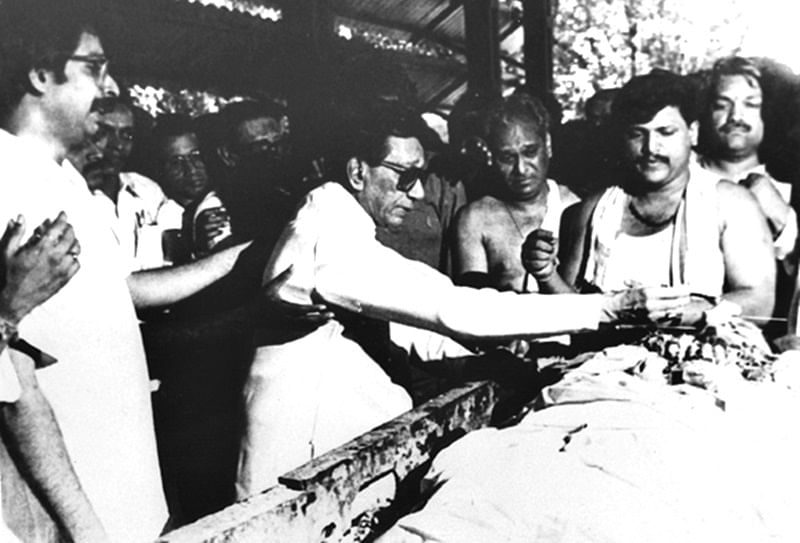