Assam: Violence abates but not protests

In all, 27 people are admitted in various hospitals with injuries sustained during the agitation and three of them are said to be in a critical condition.
Jayanta Kumar Goswami 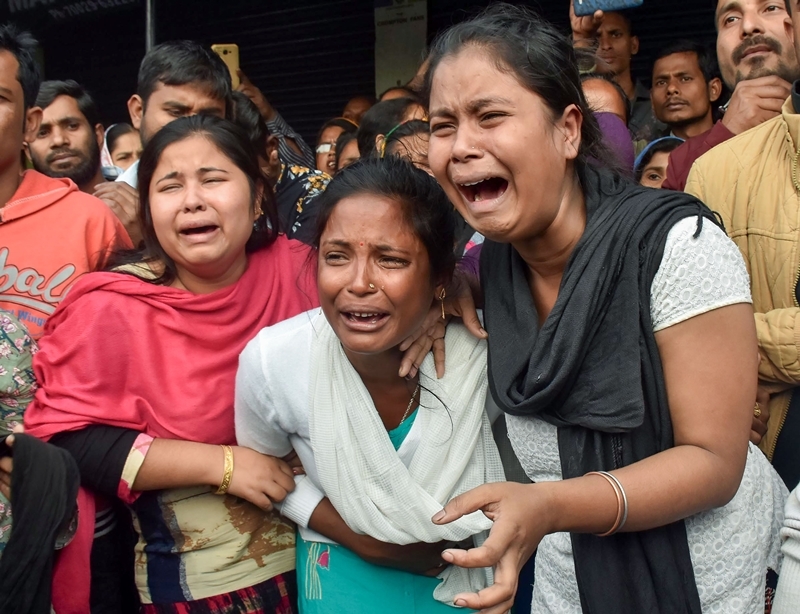 Guwahati: Relatives of Sam Stafford, who was killed in police firing during a protest against the passing of Citizenship Amendment Bill, mourn during his funeral procession, in Guwahati, Friday, Dec. 13, 2019. | (PTI Photo)(PTI12_13_2019_000284B)

Guwahati: The violence in Assam has abated somewhat, but the protests against the Citizenship Act continued for the third consecutive day, even as another death was reported from Dibrugarh. The 25-year-old youth died of bullet injuries.

In all, 27 people are admitted in various hospitals with injuries sustained during the agitation and three of them are said to be in a critical condition.

Incidentally, hospitals are grappling with an acute shortage of oxygen cylinders -- particularly in Guwahati and Dibrugarh. According to doctors, trucks carrying these cylinders are stranded at various places. 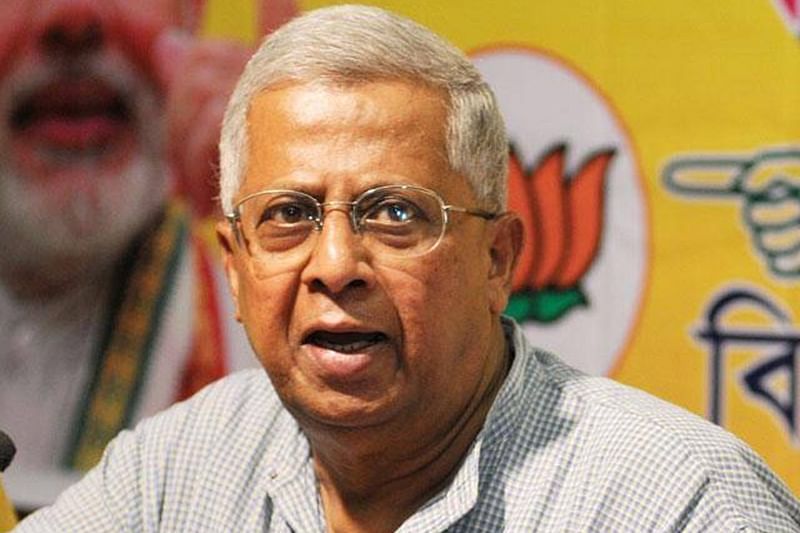 Go to North Korea if you don't want to live in divisive democracy: Meghalaya Gov after CAB

As the violence diminished, curfew in the tea town was relaxed for five hours and people tried to stock up on essentials. Long queues were seen in front of grocery stores, automated teller machines and petrol pumps. Essential items were being sold at exorbitant prices and people were blaming the government for their plight.

The extent of the unrest can be gauged from the fact that it has taken eight columns of the Army and Assam Rifles -- each column comprising around 70 personnel -- to restore a semblance of normalcy.

In the violent haze that has enveloped the region, Meghalaya Governor Tathaghata Roy put out a cryptic social media post. He said on twitter: Two things should never be lost sight of in the present atmosphere. That the country was once divided in the name of religion; and democracy is NECESSARILY DIVISIVE.

If you don’t want it go to North Korea." Assam chief minister Sarbananda Sonowal contribut-ed his mite to the controversy when he said the Congress and communal forces were behind Assam violence.

Meanwhile, in a curt reminder of what lies ahead, the anti-talk faction of the ULFA on Friday threatened the Assam government that it would be compelled to give a "befitting reply", if the authorities use force to subdue the people's protests against the amended Citizenship Act.

The Army marked its presence in Guwahati with flag marches on the streets; cocking a snook at the curfew orders, a large number of protesters, including leading citizens, gathered in response to a strike call given by the All Assam student Union in Chandmari.

Even as he appealed for peace and calm, AASU Chief Advisor Samujjal Bhattacharya said people will not succumb to any pressure and the agitation will continue. The AASU has also urged protesters to shun violence.

Top cops in at least nine districts have been replaced in a bid to bring the situation under control.  In another development, senior AGP turned BJP leader Jagadish Bhuyan, who is also the chairman of Assam Petrochemicals Limited, resigned from the BJP and joined the strike with thousands of others in Chandmari.

In an ugly turn of events, security personnel, including CRPF jawans, barged into the office of a private TV channel of Assam, 'Prag News,' and beat up its staffers with batons during protests.

"It was completely unprovoked and there was no reason for them to enter a media office. We demand an unconditional apology from Assam police," Managing Editor Pranoy Bordoloi said.

Although the Modi-Abe meet has been postponed, it was announced that it will be held later in Guwahati.  The AASU and Assam Public Works propose to move the Supreme Court against the controversial Bill shortly.