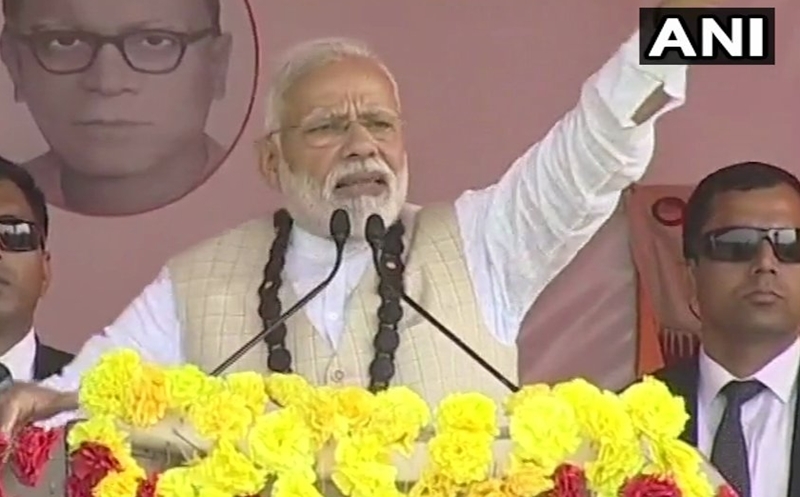 Guwahati: Assam witnessed yet another nude protest on Saturday when a group of six persons stripped off their clothes and marched in front of the state secretariat at Dispur, shouting slogans against the Citizenship bill. The incident took place prior to Prime Minister Narendra Modi’s public rally at Changsari, around 50 km away from Dispur. The Prime Minister is in the state to inaugurate several developmental projects including laying of foundation stone of All India Institute of Medical Science (AIIMS) at Changsari.

Police said that six persons marched naked on the Guwahati-Shillong Road before  police personnel spotted them near the secretariat and took them into custody. The agitators were identified as members of Krishak Mukti Sangram Samiti (KMSS), an organization opposing the Citizenship (Amendment) Bill 2016. On February 1, three persons protested against the bill by standing nude in front of the high security Janata Bhavan in Dispur.

Last month, at least ten youths from Assam staged nude protests in front of the parliament in New Delhi against the contentious Bill. Both the BJP-led governments at the Centre and in Assam have been receiving flak over the Citizenship bill which has led to protests all over the northeast with people from all walks of life coming out to the streets to oppose the measure.