As Rahul Gandhi faces the ED; Know everything about the National Herald case

Rahul Gandhi has appeared before the ED for questioning in the National Herald money laundering case.

In the latest development, Rahul Gandhi appeared before the Enforcement Directoriate (ED) on Monday for questioning in the National Herald money laundering case. Gandhi arrived at the ED office with his sister Priyanka Gandhi and his party members, who gathered near AICC headquarters to show their support. Several Congress members were also detained by the Delhi Police amid the protests outside the party headquarters.

Recently, the ED summoned Congress interim president Sonia Gandhi and her MP son, Rahul Gandhi in connection to the money laundering case linked to the National Herald newspaper. Sonia Gandhi, who is currently down with COVID-19, had skipped her summons on June 2, and has been issued a fresh summon for June 23.

What is the National Herald Case?

In 2012, the case was filed by Bharatiya Janata Party (BJP) member Subramanian Swamy, alleging that the mother-son Gandhi duo of misusing party funds to buy a publicly-held firm that published the National Herald newspaper.

Started by the first Prime Minister and Rahul Gandhi's great grandfather, Jawaharlal Nehru in 1938, the newspaper was published by the Associated Journals (AJL) that was founded in 1937. Nehru started the firm with 5,000 other freedom fighters as its shareholders and its registered office was also at Herald House, ITO New Delhi. After taking over his role as the PM, Nehru resigned as the Chairman of the newspaper. However, the grand-old party continued to play a vital role in forming the values and principles of the English daily paper.

Sonia and Rahul Gandhi together held the majority of the share of 76% in Young India Ltd. (YIL), that was set up in 2010. YIL had registered its office at Herald House at ITO, New Delhi. Since the newspaper was running losses, Congress decided to grant loan of Rs 90 crore to AJL. However, the National Herald newspaper could not be revived.

Bringing the case in a trial court, BJP's Swamy alleged that mother-son duo used the party fund to take over AJL with prime real estate properties worth more than rs 2000 crore by paying just Rs 50 lakh. AJL, as it was not able to pay the Rs 90 crore interest free loan back then, had transferred their shareholding to YIL.

Reacting to the summons, Congress leaders have accused the ruling BJP party of 'political vendetta' and the ED of misusing its powers.

On Sunday, terming the action as 'politics of pressuring', Congress' veteran Digvijaya Singh said, "When not even a paisa has been taken by the Gandhi family from Young Indian or Associated Journals for personal use, a case is being falsely made out to intimidate them. This family didn’t surrender to the British. Will they be frightened by these conspiracies?"

During a press conference, earlier in the day, party leader Randeep Surjewala alleged that the 'coward' PM Modi-led government is trying to suppress the truth. He also called the ED a 'puppet of the Modi government'.

Read Also
Vendetta politics: All you need to know about the BJP-Congress fight over the National Herald case 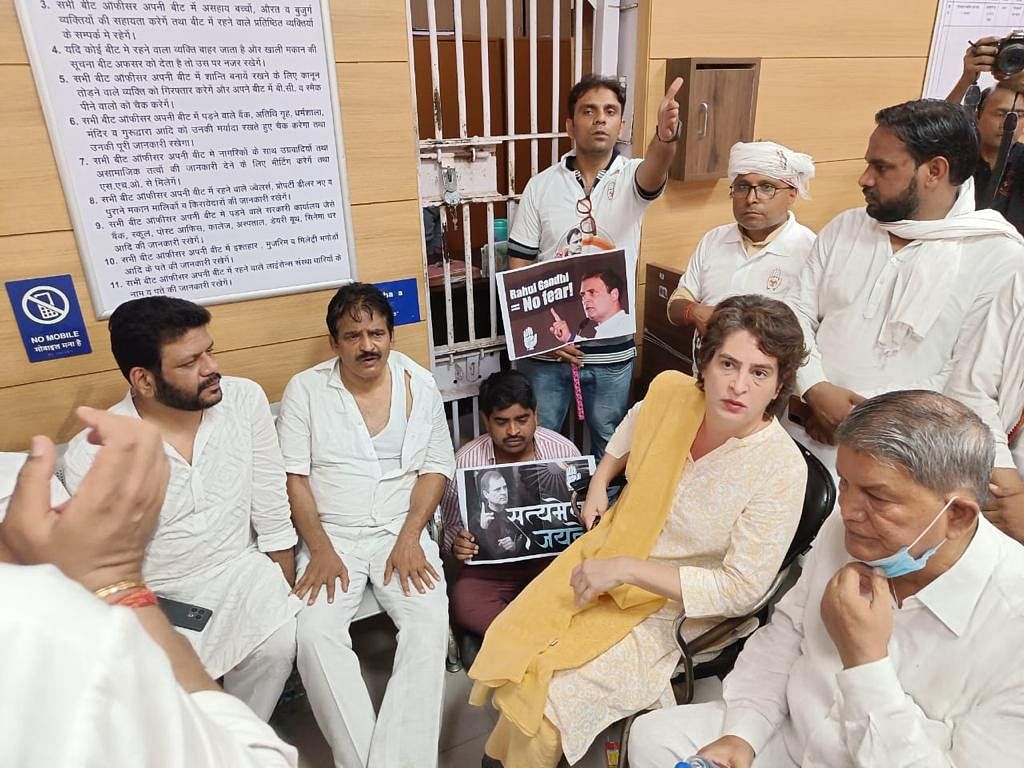 HomeIndiaAs Rahul Gandhi faces the ED; Know everything about the National Herald case