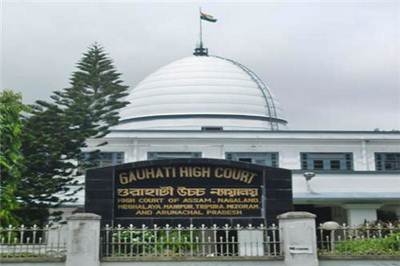 In its ruling, the high court bench ruled, “The statue undoubtedly provides for a contingency of non-compliance with the provision with respect to the giving of reason for the resignation, namely, the speaker shall have to omit such words or phrases or matter while reading out the resignation in the house. No other contingency, much less, penalty, is provided for the Rules for failure/refusal/omission other conditions of rule 200 (1) of the Rules. After examining the case from all angles, we are satisfied that the speaker has not violated any mandatory provision of law in not rejecting the rejection letters of the petitioners, and is rather correct in accepting the resignation letters of the petitioners. In any case, by such omission, no prejudice is caused to the house or the public.”

Both MLAs had submitted their resignations to the Speaker on September 16 and it was accepted on September 30. Rebia subsequently issued a notification on October 1, saying the two seats had fallen vacant and that the Election Commission of India (ECI) would be informed accordingly. The two MLAs had moved the high court, which on October 9, stayed the notification that declared the Kanubari and Khonsa East Assembly seats as vacant. The court had also then directed the ECI not to go ahead with plans for holding by-polls in the constituencies.

The resignation drama is a fall out of internal dissidence within the ruling Congress. Before filing their appeal in the high court, Wangsu and Sawin, had in separate letters to Rebia, withdrawn their resignations stating that they were forced into it by Chief Minister Nabam Tuki and that the letters be treated as “invalid, null and void until and unless submitted in person”.

Many of the 47 Congress MLAs in the 60-member state assembly have revolted against Chief Minister Nabam Tuki and demanded a change in leadership. The party high command is also aware of the infighting in the party. AICC general secretary Narayan Samy, who is in charge of party affairs in Arunachal Pradesh, said that “We, the Congress, respect the judiciary and humbly welcome the verdict of the Gauhati HC.”

AICC member Takam Sanjoy said, “The first slap on the faces of dissidents was given by the Arunachal People’s Aadlat at the Rajiv Gandhi Stadium on January 4, and the second slap has been given by the high court on January 12. The law of the land has finally given justice to the ruling Congress party. Today, the lawmakers who broke the law and disrespected the Constitution are facing this historic humiliation. This is a lesson for all intending to represent the people to learn”.

“I am upset that the party has lost two elected legislators. However, I have directed the party’s grassroot level workers to get mobilised in Kanubari and Khonsa East Assembly seats which have fallen vacant,” said Arunachal Pradesh Congress Committee president Padi Richo.

MLA-cum-Parliamentary Secretary Techi Kaso said the court’s ruling had established once again that tampering with the Constitution of India is unacceptable, and those doing so, have and would could continue to get punitive results and outcomes.