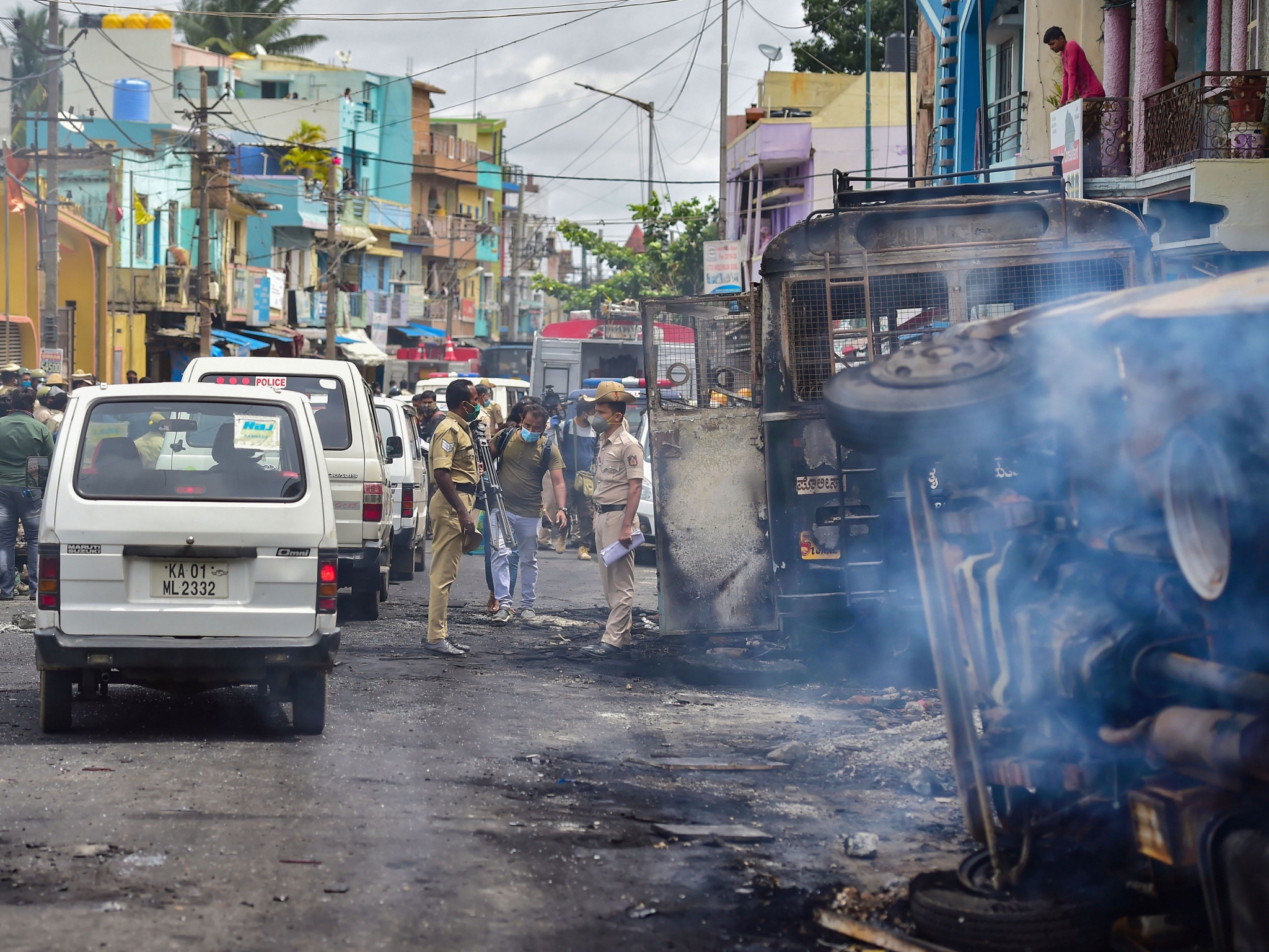 "Several people came on 10-12 motorcycles to the house of senior BJP leader Gopikrishna Nema here. They were armed. The assailants first assaulted a man near the house and then vandalised Nema's house," Additional Superintendent of Police Rajesh Vyas told reporters here.

Police said that one person named Fayaz Ahmed has named some people in the matter who will be rounded up for questioning. "The entire incident was captured in a CCTV camera installed at the premises. Those seen in the video will be identified and arrested soon," he added.

Ahmed said that around 20 people armed with swords and 'dandas' came to the house and started vandalising the house calling out the name of Ayaz Guddu, with whom one of them had a dispute with over money.

Nema, speaking to reporters, said that around 40 armed men had come to his house, assaulted a person outside the house and vandalised the house.

"I don't know who the assaulted person was. He has been taken to the hospital. When the people came, I closed the doors and went inside with my family. They damaged flower pots, windows and nameplate," Nema said.

He also informed that none of his family members have suffered any injuries.