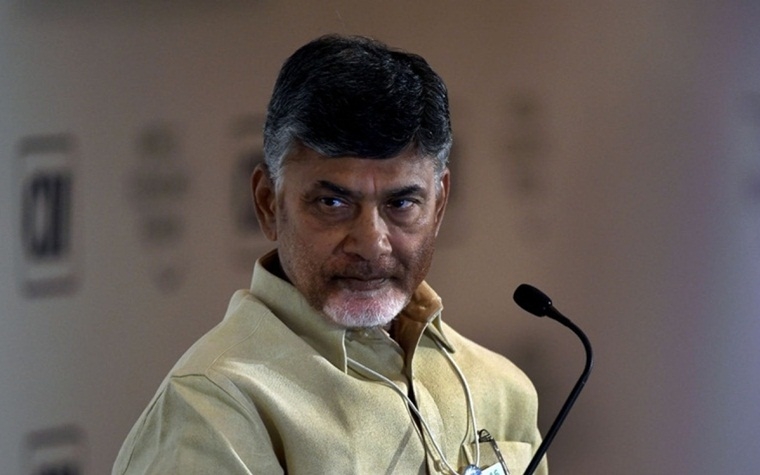 "Our party leaders were booked under various cases despite the fact that they did nothing wrong. Cases are being filed on TDP leaders for petty reasons by a person of no integrity. Cases filed by YSRCP against Kodela Siva Prasada Rao with non-bailable sections were petty. Jagan Reddy is a psycho, who is acting in a vindictive manner," said Naidu in a press conference here. The former Andhra Pradesh chief minister also alleged that lawyers of Kodela were badly treated.

"When we approached the DGP to look into the matter, he expressed helplessness. How can such DGP save law and order? Now, we will go to any extent, we will fight legally to get justice for Kodela," he said. Levying accusations on YSRCP for the alleged suicide of former assembly speaker Kodela, Naidu said: "A person had filed SC, ST atrocity case against Kodela. It was the utter misuse of the act as he was abroad at that time. Who is responsible (for the death of Kodela)? Is the Chief Minister not responsible? You drove a brave person Kodela into a condition that he committed suicide." Seeking Reddy's explanation in the case, the TDP president said: "Why Jagan is remaining silent on the issue? Whenever any allegation is levelled against me, I always give an explanation."

Naidu concluded saying that police should act in a fair manner in the suicide case of Kodela and make ensure that law and order is maintained. Meanwhile, Andhra Pradesh Municipal Administration and Urban Development Minister Botsa Satyanarayana has asked for a comprehensive investigation on the suicide of Kodela at Hyderabad where the incident took place.