Amid CAA protests, US urges Indian authorities to protect, respect the right of peaceful assembly 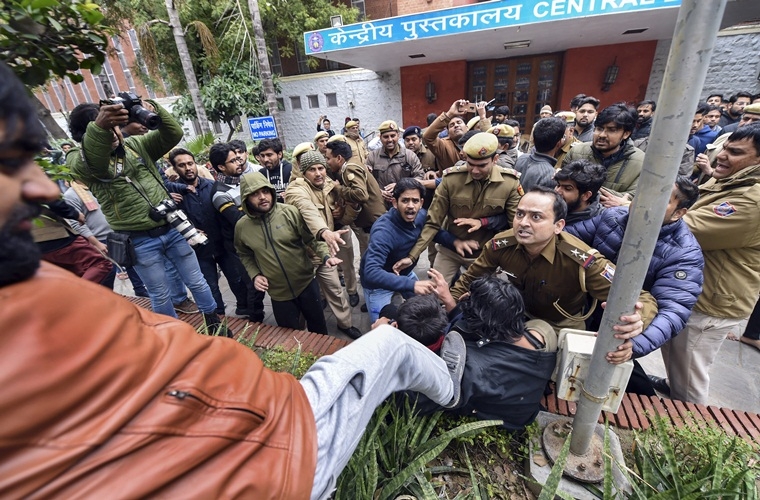 Washington DC [US]: Stressing that it is closely following the developments regarding the Citizenship (Amendment) Act in India, US States Department has appealed protestors to refrain from violence, and authorities to "protect and respect the right of peaceful assembly."

"We are closely following developments regarding the Citizenship Amendment Act. We urge authorities to protect and respect the right of peaceful assembly. We also urge protestors to refrain from violence," a US States Department spokesperson told ANI on Monday (local time). Over 1,500 students peacefully in city, in support of their brethren at Jamia Milia, AMU

Stressing that "respect for religious freedom and equal treatment under the law are fundamental principles of our two democracies", the state Department said, "The United States urges India to protect the rights of its religious minorities in keeping with India's Constitution and democratic values." Protests have taken place in several parts of the country over the Citizenship (Amendment) Act, which was approved by Parliament in its recently concluded winter session.

Violence had erupted in various part of the country, during the protests over the amended Citizenship Act. The CAA seeks to provide citizenship to Hindu, Sikh, Buddhist, Jain, Parsi and Christian communities who have faced religious persecution in Pakistan, Bangladesh, and Afghanistan and have arrived in India on or before December 31, 2014.