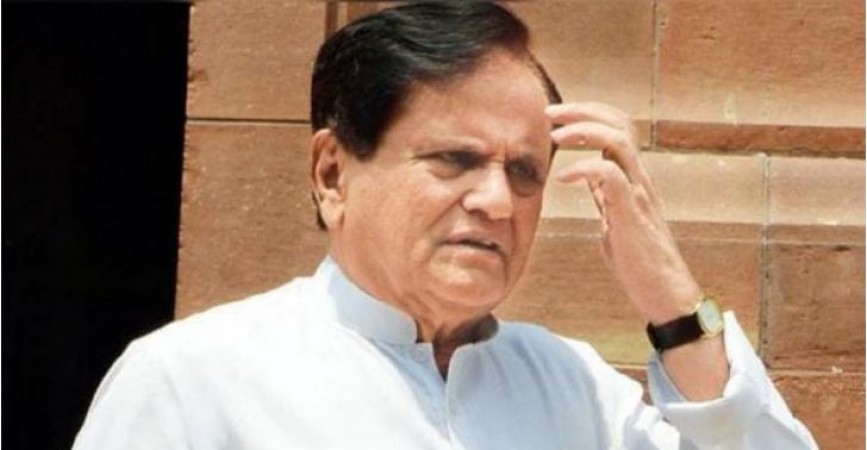 Veteran Congress leader Ahmed Patel on Friday claimed the Enforcement Directorate (ED) sleuths could not dig out any proof against him except to keep questioning on the allegations in over 26 hours of interrogation spread over three days on Saturday, Tuesday and Thursday in his purported links with the promoters of the Vadoda­ra-based pharma company Ster­ling Biotech who fled India in 2017 to Nairobi, duping ban­ks of an alleged Rs14,500 crore.

He said they could not lay hands on any concrete evidence to establish his role in the bank fraud by Sandesara brothers Nitin and Chetan and latter’s wife Deepti, who were promoters of the pharma company except to repeatedly claim his links with them, even after telling the sleuths that the Sandesara brothers had relations with leaders of Gujarat, cutting across the party lines, and why they are not probing the role of the BJP leaders who were helping them out for years in the context of Narendra Modi in power at the Centre since 2014 and earlier in Gujarat as the CM.

Patel said he sensed the ED officials were under pressure from the way they kept asking the same questions again and again, just to nab him if he slips somewhere. He said he has been, however, cooperating but such interrogation should not go on for such a long period as the sleuths told him that he would be visiting him again since their interrogations are incomplete under the Prevention of Money Laundering Act (PMLA) under which the absconding company directors are booked.

Sources in ED, however, said it is for Ahmed Patel himself to blame if subjected to long interrogation, indicating ED may obtain a court order for his custodial interrogation instead of continuing the exercise at his residence.

While allowing Patel's request to interrogate him at his residence since he does not want to venture out of home in the wake of the virus spread in Delhi, ED sought to follow the drill of cutting off all communication links of the person during the interrogation. The sources said Patel insisted on remaining available on both landline and mobile phones on the ground that as treasurer of the Congress he is a main functionary of the party who has to remain in touch 24 hours for any exigencies.

They said Patel runs a full-fledged office with staff at his residence and so he could have ordered the staff to attend to his calls, but he insists on taking the calls himself and that interrupts the interrogation repeatedly. They attributed this reason for the prolonged interrogation as they said the ED would have finished questioning him in just 4-5 hours if he had agreed to be interrogated in its office where no such distractions of the phone calls would have happened.