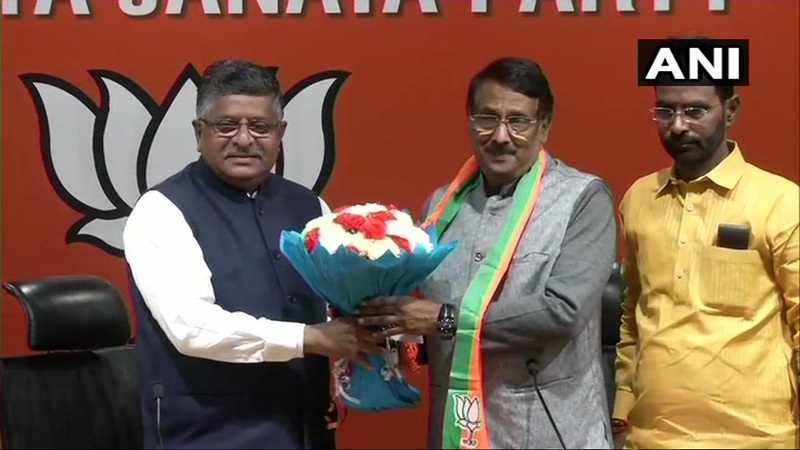 New Delhi: In a huge embarrassment to the Congress ahead of the Lok Sabha polls, its spokesperson Tom Vadakkan, once a key aide of UPA chairperson Sonia Gandhi, joined the BJP Thursday and attacked his former party for its stand on Balakot air strikes.

Vadakkan, who joined the saffron party in the presence of Union minister Ravi Shankar Prasad and later met its president Amit Shah, said, “I am deeply hurt and that is why I am here.” Asserting that the Congress questioned the integrity of armed forces, he said, “The attack by Pakistan on our land and the reaction from my party was sad indeed.”       “I left the party with heavy heart. If a party is working against national interest, there there is no other option but to leave it,” he told reporters.

In an apparent attack on party chief Rahul Gandhi’s leadership of the Congress, he said he gave the party two decades of his life but it has now resorted to a practise of “use and throw”. Dynastic politics has reached its zenith in the Congress, he said, adding that he believed in Prime Minister Narendra Modi’s development narrative. The BJP may field Vadakkan in the Lok Sabha elections from a seat in Kerala.