Agnipath scheme: Here's what Centre has announced so far to quell nationwide protests

Police detain protestors during a demonstration against the governments new Agnipath recruitment scheme for the army, navy, and air forces in Chennai on June 18, 2022. | (Photo by Arun SANKAR / AFP)

As violent protests against the Agnipath scheme raged on in many states and opposition parties stepped up pressure for a rollback, the Centre on Saturday announced several incentives including reserving 10 per cent vacancies in its paramilitary and the defence ministry for Agnipath retirees.

Besides, the Centre said it will look into any grievance about the new military recruitment scheme "with an open mind''. Union Information and Broadcasting Minister Anurag Thakur appealed to the youths protesting against the Agnipath scheme to shun violence and come forward for talks, asserting that the central government is ready to look into their grievances with "an open mind" and make changes, "if required".

Meanwhile, let's take a look at the measures Centre has announced so far to quell the ongoing protests.

1. 10% vacancies in CAPFs, Assam Rifles to be reserved for Agniveers

The Home Ministry today announced to reserve 10 per cent vacancies for recruitment in the Central Armed Police Forces (CAPF) and Assam Rifles for Agniveers, the Home Minister's Office said.

"The Ministry of Home Affairs (MHA) decides to reserve 10% vacancies for recruitment in CAPFs and Assam Rifles for Agniveers," the Home Minister's Office said in a tweet.

The MHA also announced age relaxation for Agniveers for recruitment in the CAPFs and Assam Rifles.

2. 10% quota for Agniveers in Defence Ministry

Defence Minister Rajnath Singh approved a proposal to reserve 10 per cent of the job vacancies in the Ministry of Defence for Agniveers who meet requisite eligibility criteria.

According to the Office of the Defence Minister, the reservation will be implemented in the Indian Coast Guard and defence civilian posts, and all the 16 Defence Public Sector Undertakings.

"Raksha Mantri @rajnathsingh has approved a proposal to reserve 10 per cent of the job vacancies in Ministry of Defence for 'Agniveers' meeting requisite eligibility criteria. The 10 per cent reservation will be implemented in the Indian Coast Guard and defence civilian posts, and all the 16 Defence Public Sector Undertakings. This reservation would be in addition to existing reservation for ex-servicemen," the Office tweeted.

The Ministry of Ports, Shipping and Waterways (MoPSW) announced six service avenues for smooth transition of Agniveers in various roles of the Merchant Navy, post their stint with the Indian Navy.

According to an official statement, the scheme will enable Agniveers to acquire necessary training, with naval experience and professional certification to join the remunerative Merchant Navy across the world.

The Centre has increased the upper-age limit to 23 years from 21 years for recruitment under the Agnipath scheme for the year 2022.

“Cognizant of the fact that it has not been possible to undertake the recruitment during the last two years, the government has decided that a one-time waiver shall be granted for the proposed recruitment cycle for 2022,” a defence ministry spokesperson said. 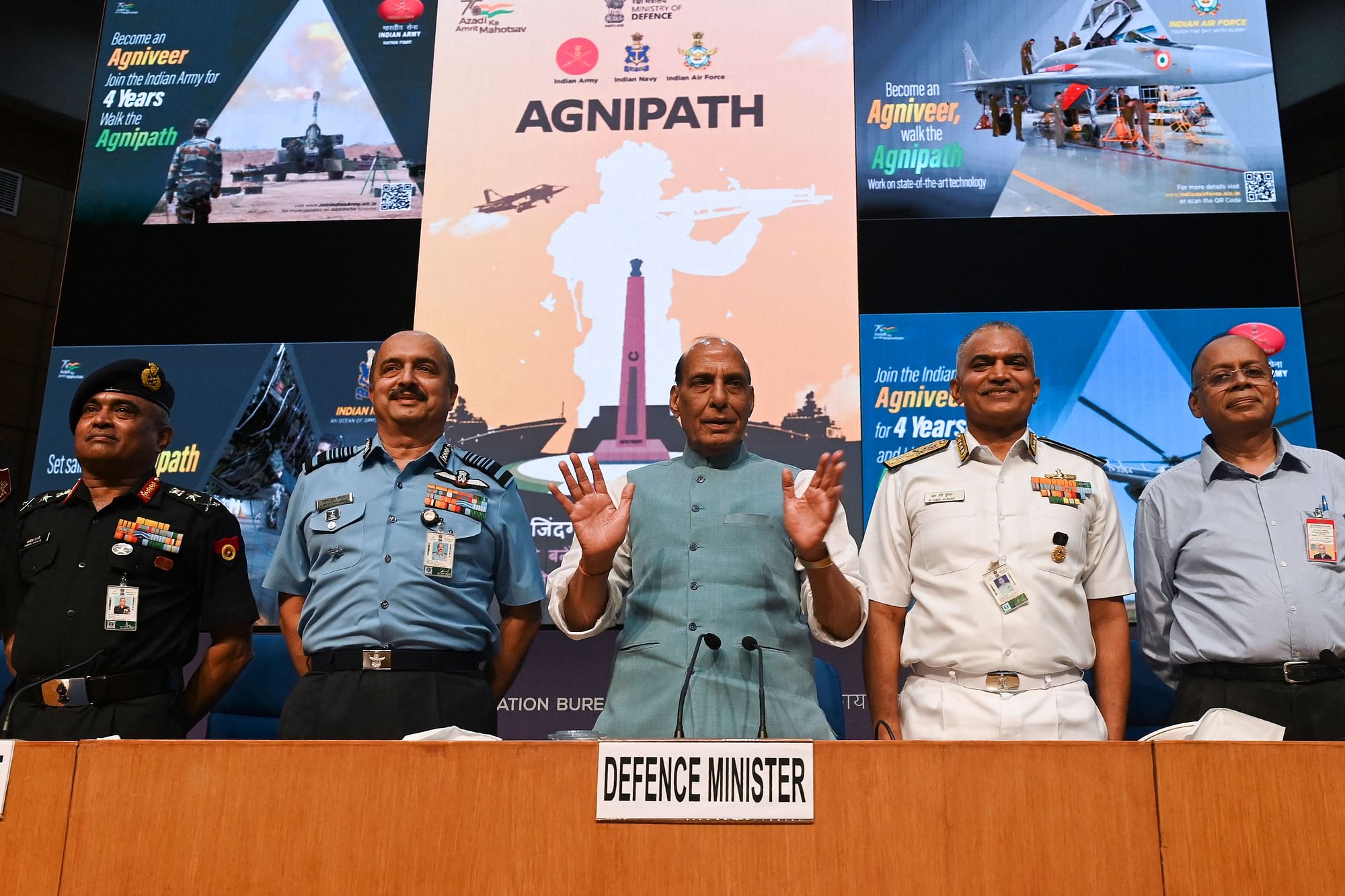 HomeIndiaAgnipath scheme: Here's what Centre has announced so far to quell nationwide protests