Agnipath protests: Railway staff save at least 40, including children, from mob trying to set coach on fire at Secunderabad railway station

Following the nationwide agitation and violence over the Centre's Agnipath recruitment scheme, at least 5,000 agitators reportedly entered a railway station in Secunderabad and tried to set fire to a coach of a passenger train ferrying nearly 40 travellers, NDTV reported.

At least 40 passengers were inside the A1 coach when it came under was attacked by protesters with sticks and stones, AC power car mechanic Suman Kumar Sharma, told NDTV.

However, the train passengers, who also included children, were saved with timely action by railway staff, who helped them move to an adjoining coach, the report further said.

"There were around 40 people in here (inside the coach), but of those who committed the crime, I could not count. There were over 5,000 of them," NDTV quoted Sharma as saying.

"Two gates were open, so we let the passengers go from one side. We told them, the RPF (Railway Police) will keep you safe," added Sharma.

Meanwhile, one person has been killed and over 15 were injured in Telangana's Secunderabad railway station violence after an angry mob protesting set fire to several trains and damaged public property on Friday. 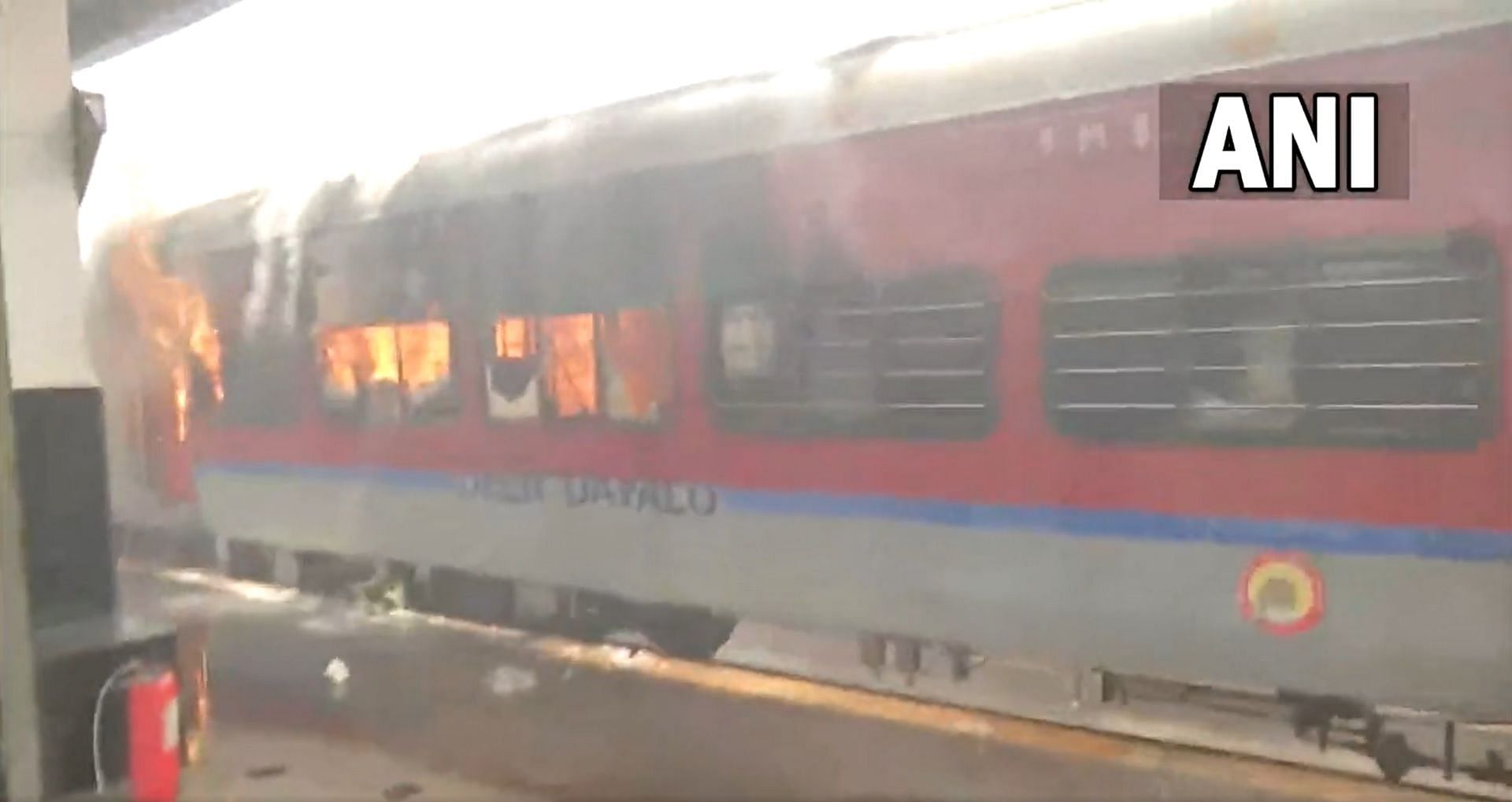 HomeIndiaAgnipath protests: Railway staff save at least 40, including children, from mob trying to set coach on fire at Secunderabad railway station