In a letter to the youths of country, Sonia Gandhi wrote, "You aspire to do an important job of service to the nation by joining the Indian Army. I can understand the pain of not getting recruited for the last 3 years despite having lakhs of vacant posts in the army. I also have full sympathy with the youth who are waiting for the results and appointments after giving the recruitment examination in the Airforce."

"I am sad that the government has ignored your voice and recruited new army," she said further in the letter.

"Indian National Congress stands firmly with you and promises to protect your interests and fight to get this scheme back. Like a true patriot, we will raise your voice in front of the government by following the path of truth, non-violence, restraint and peace," she added.

She concluded saying, "I also request you to agitate for your legitimate demands in a peaceful and non-violent manner."

Gandhi was a week admitted to the facility owing to post-Covid issues. She was detected with a lower respiratory tract infection after her admission to the hospital, according to the Congress.

Sonia Gandhi, 75, had tested positive for COVID-19 on June 2 and was recuperating. She was admitted to the hospital on Sunday.

Her son and former Congress president Rahul Gandhi and daughter Priyanka Gandhi Vadra had visited her at the hospital on June 13.

Jairam Ramesh, general secretary in-charge of the Congress' communications department, on Friday said a fungal infection had been detected in the party president's lower respiratory tract upon admission to the hospital.

"She is currently being treated for it along with other post-Covid symptoms. She continues to be under close observation and treatment," he said.

Sonia Gandhi has been summoned by the Enforcement Directorate on June 23 in a money laundering case. 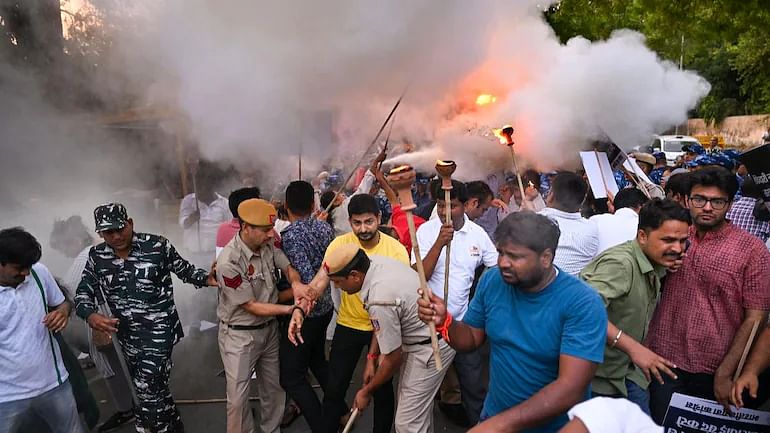