After chargesheet, RJD not in mood to give Begusarai seat to Kanhaiya Kumar 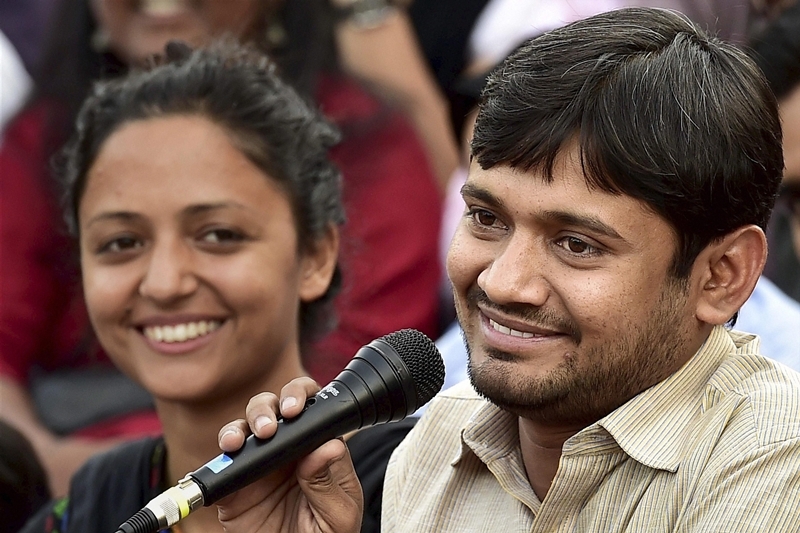 Begusarai (Bihar): Chargesheet against former JNUSU president Kanhaiya Kumar might cast a shadow on his possible candidature from the Grand Alliance for the general elections.

Reportedly, Kanhaiya was to contest the Lok Sabha elections from Bihar’s Begusarai constituency as the nominee of grand alliance comprising the RJD, Congress, NCP, Jitan Ram Manjhi-led HAM (S), Loktantrik Janata Dal of Sharad Yadav and all Left parties. However, jeopardizing his candidature, the Delhi Police had on Monday filed a chargesheet in a court against Kanhaiya Kumar and others, saying he was leading a procession and supported seditious slogans raised on the JNU campus in February 2016.

According to sources in the RJD, the party is now in two minds about pitting Kanhaiya as their candidate from the Begusarai seat. According to the sources, the RJD does not want to give the seat to Kanhaiya Kumar since he is currently embroiled in the JNU controversy. “That’s why our leader Tejashwi Yadav distanced himself from Kanhaiya Kumar in October 2018 CPI rally in Patna’s Gandhi Maidan and didn’t share stage with him,” sources claimed.

The rally was the official political debut of Kanhaiya Kumar. Kanhaiya is a native of Bihat panchayat under the Barauni block of Begusarai district. Sources from RJD told ANI that Tanveer Hasan, who fought the 2014 general elections on RJD ticket from Begusarai, remained party’s first choice. In 2014, Tanveer Hasan lost to late BJP leader Bhola Singh by 58,000 votes and was second in the race. Despite of the ‘Modi wave’, Hasan managed to garner approximately 4 lakh votes.