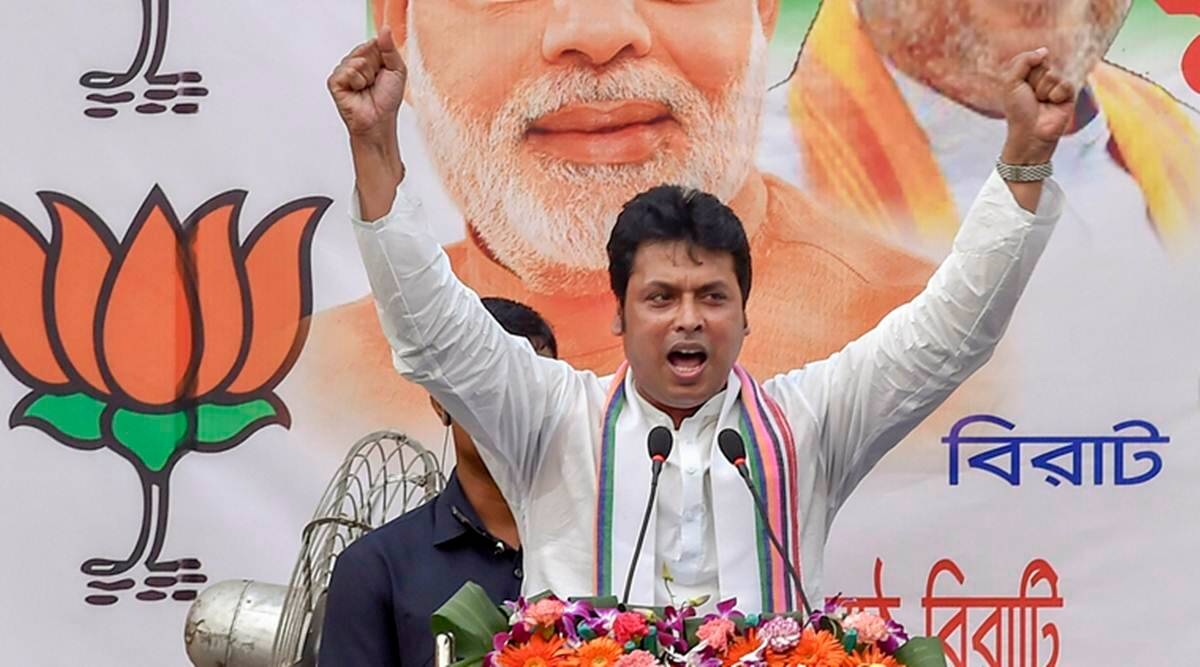 Agartala: Crisis ended in the ruling BJP in Tripura with Chief Minister Biplab Kumar Deb calling off his "public opinion test" on whether he should continue in the office or not due to dissention against him within the party.

Deb cancelled the mandate event he had fixed on December 13 following intervention of BJP president J P Nadda, state observer Vinod Sonkar and the state ministers and BJP legislators reposing faith in him.

Deputy Chief Minister Jishnu Devvarma said Thursday that Nadda and Sonkar spoke with Deb and urged him to call off the "public opinion test" scheduled on Sunday.

"Besides, all the ministers and BJP MLAs met Deb and urged him to call off the public opinion gathering on December 13.

He has accepted our request. There will be no such programme", Devvarma told reporters here.

Over 24 BJP legislators, including all six ministers of the party, visited CM Deb at his official residence late Wednesday evening and held a marathon meeting for nearly two hours in course of which all of them reposed faith in his leadership.

After they came out, Minister for Sports and Youth Affairs Manoj Kanti Deb said, "Though we met chief minister in a courtesy call, all party MLAs and ministers have clearly said they want Biplab Deb to continue as Chief Minister".

BJP has 36 MLAs in the 60-member Assembly in Tripura, while its ally Indigenous Peoples Front of Tripura (IPFT) has 8 legislators and the rest 16 are with opposition CPI-M.

Irked by it, Deb had announced on Tuesday that he will seek peoples mandate in an open field on December 13.

He also announced that he would resign from his post and leave if people wanted.

A group of disgruntled BJP MLAs had met Nadda in October and expressed their grievances about the alleged bad governance in the state.

Legislator Sudip Roy Barman, who had criticised Deb on several occasions before being axed as the health minister in June, was considered the leader of the dissident group.

A gym instructor-turned-politician, Deb (51) had become chief minister of the northeastern state in March 2018 ending the Left Front's 25-year-rule in Tripura.