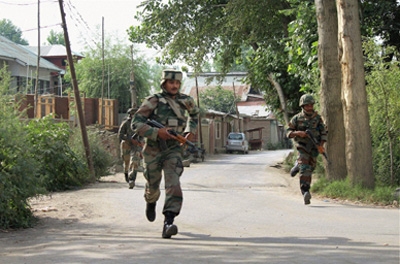 Udhampur:  Suspected militants attacked a police post in a remote area of Udhampur district of Jammu and Kashmir, injuring two special police officers (SPOs), a day after a terror strike there saw a Pakistani terrorist being captured by villagers.

According to a senior district official, the militants attacked the post in the mountainous Basantgarh area of the district at 9.15 pm, leaving the two SPOs

injured even as the security personnel deployed there retaliated to the firing. Police and army personnel have been rushed to the area to deal with the situation, the senior district official said, adding that further details are awaited.