'Abusive wife-beater': Shehla Rashid up in arms against her father after he alleges death threats from daughter

Shehla said that her "biological father" was a "wife-beater" and "an abusive, depraved man" making "wild" stunts as a reaction to his family acting against him.
FPJ Web Desk 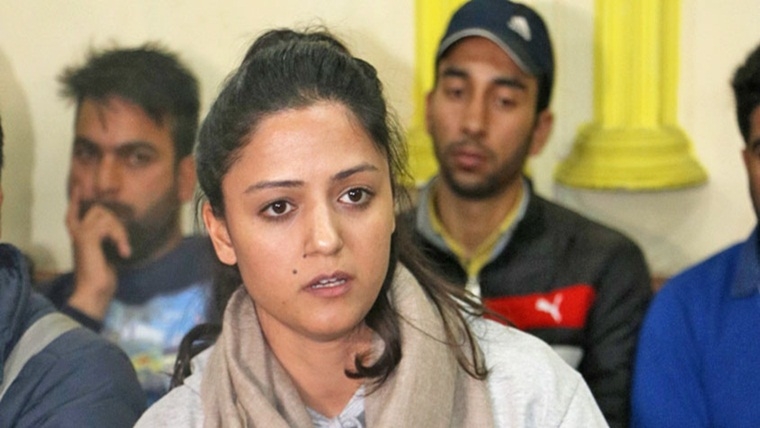 Jawaharlal Nehru University (JNU) student activist Shehla Rashid Shora went all up-in-arms against her own "biological father" on Monday, after the latter, earlier in the day, claimed that he was facing 'death threats' from his own daughter. Responding to her father's allegations, Shehla said that he was a "wife-beater" and "an abusive, depraved man" making "wild" stunts as a reaction to his family acting against him.

In a shocking statement, Abdul Rashid Shora, the father of ex-JNU student leader Shehla Rashid, alleged on this day that he was under a constant threat of life by his own daughter. In her attempt to threaten him, Shehla is also joined by his wife Zubaida Shora and elder daughter Asma Rashid, alleged Abdul Rashid.

demands Investigation against her 4 being involved in 'notorious activities', 'There are anti-national activities going in my house.' pic.twitter.com/qMj9JEPXpp

In a letter written to the Director-General of Police (DGP), the activist's father made a series of serious allegations, claiming that he was offered three crores for making his daughter join the Jammu Kashmir People's Movement.

"As I felt that the money is coming from illegal channels and shall be used for unlawful activities, I did not take the money and later asked my daughter to not indulge in any such transactions with these people," wrote the ex-JNU student leader's father in his three-page letter to the J&K DGP.

Much unexpectedly, BJP members did not waste much time before sharing the news of the letter that he penned to the J&K Police.

Shehla Rashid's father accuses her of getting crores of rupees for Anti National activities due to which he is now fearful for his own life!!

The letter goes into much details about him supposedly asking his daughter repeatedly to refrain from joining activities which he described as "notorious" and "anti-national" — and ended with him urging the J&K Police to ensure his personal security and to conduct investigations into the conduct and financial dealings of his wife and daughters.

For her part though, Shehla reacted to her father's letter by calling the allegations "absolutely disgusting" and "baseless".

She said that it was a family matter, not political by nature at all, but yet needed to be responded since the allegations are of "a very serious nature".

In a statement, the former vice-president of the JNUSU went to explain that her father had been "abusive" and "violent" for a long time and that his "false allegations" are only a reaction to his own family pursuing a case of domestic violence against him, under which he has been restrained from entering the home.

"Now that we have started speaking up against his physical and mental abuse, he has started abusing us too. In this connection, I have also filed an FIR in September. Request everyone not to take him seriously, and let us mourn in peace," read the statement issued by Shehla Rashid.

In a series of tweets, she also shared the photo of a 2005 letter from the Mohalla Committee issued to her father, which acknowledges the aforementioned "abuse".

She also shared the court order restraining her father from entering the residence, dated September 17.

2) This is not a political matter, as it has been going on ever since I came to senses.

Exhibit 1: Letter to him from Mohalla Committee in 2005 asking him not to abuse us. pic.twitter.com/bgpCNyW3e3

4) One may talk endlessly about justice, but charity really does begin at home. We have finally decided to not bear abuse silently, as silence only emboldens abusers.

Here's the court order restraining him from entering home dated 17-11-2020. Anything he says is an afterthought pic.twitter.com/2rD4EQxcMV

"One may talk endlessly about justice, but charity really does begin at home. We have finally decided to not bear abuse silently, as silence only emboldens abusers," wrote the student leader in her tweet.