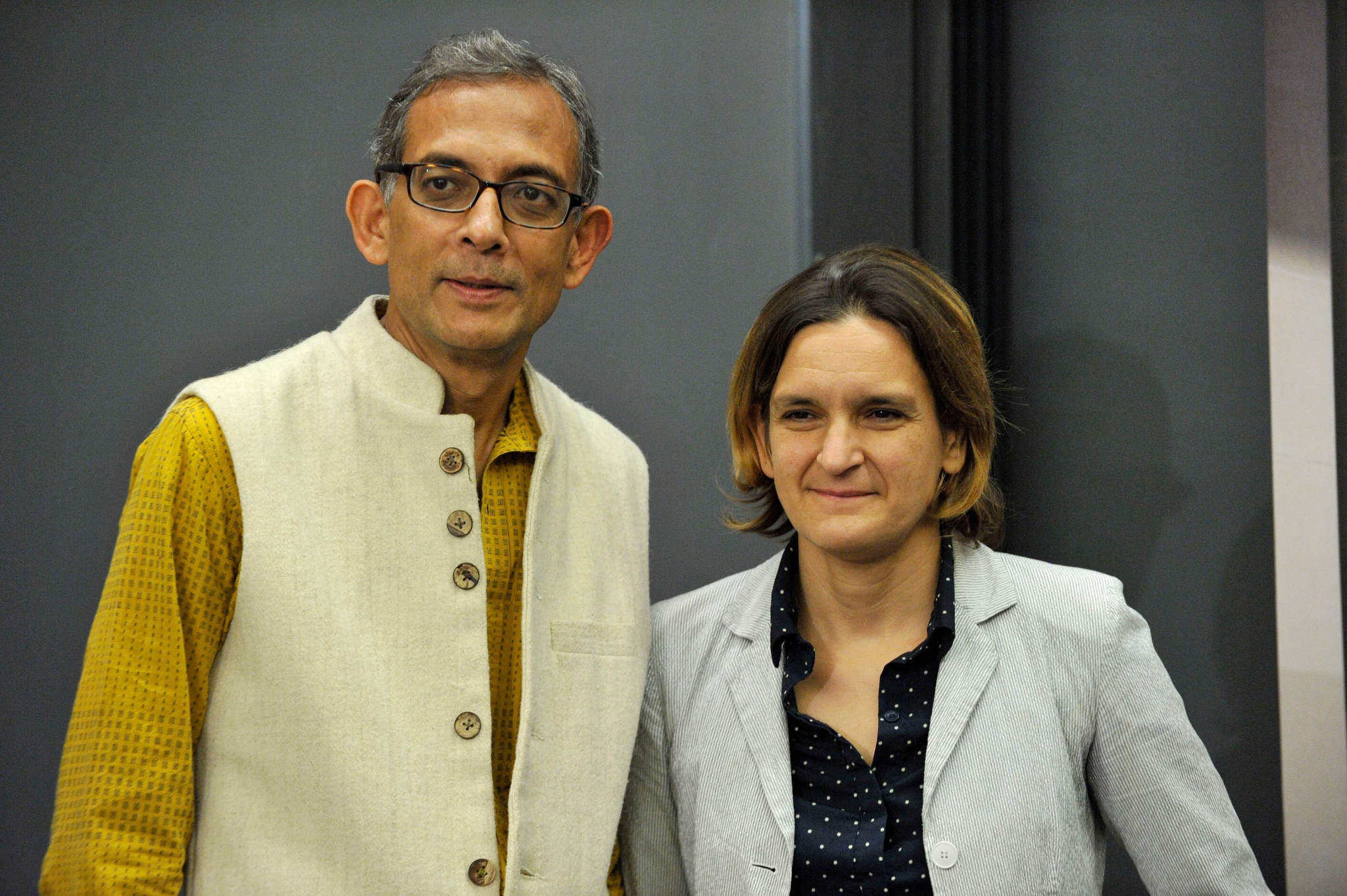 Nobel Prize winners in economics, Abhijit Banerjee and Esther Duflo stand together after giving a press conference at the Massachusetts Institute of Technology (MIT) in Cambridge, Massachusetts. | Photo by JOSEPH PREZIOSO / AFP

Kolkata: It would be Yesterday Once More for Nobel Prize winner Abhijit Vinayak Banerjee in January when he returns to his alma mater Presidency University (Presidency College when he was a student there) to receive the distinguished alumnus award as also for an informal get together with his then teachers and contemporaries.

A member of the alumni association said on Wednesday that plans were afoot to take Banerjee back to the good old days when he was a student in the hallowed institution by inviting the teachers from that era who are still alive, as also his contemporary students and other staff including those who ran the canteen as also the college administration.

A delegation from the Presidency Alumni Association called on Banerjee at his south Kolkata residence Saptaparni on Ballygunge Circular Road and handed over a letter from its president Nabanita Deb Sen -a famous Bengali writer - containing the proposals.

"We came to invite him to the university. We have decided to confer the Atul Chandra Gupta Distinguished Alumnus Award for 2020 to him. He has agreed to receive the award," a member of the association told mediapersons.

"We also told him that we will organise a get together. We will invite those teachers who taught him and are still alive. We will also invite his contemporaries, as also those who ran the canteen and the college administration then,'' the member said.

"He was happy, and told us that he would give us a date in January".

Banerjee completed his graduation with Economics honours from Presidency College in 1981 securing a first class first rank in Calcutta University.

In a rare honour, the university has decided to emboss facsimile of the faces of Banerjee and Amartya sen - the two Nobel laureates in its list of distinguished alumni - on its wall.

Banerjee's name would also be included in the wall of fame, that now bears the names of 100 famous former students of the 202-year old institution established in 1817 as Hindu College.

It was christened Presidency College in 1855, and upgraded to a university in 2010.

The authorities have also sent a proposal to the university's governing board for conferring honorary D.Litt on all three Nobel winners in Economics this year - Banerjee, his wife Esther Duflo and economist Michael Kremer - in the next convocation.