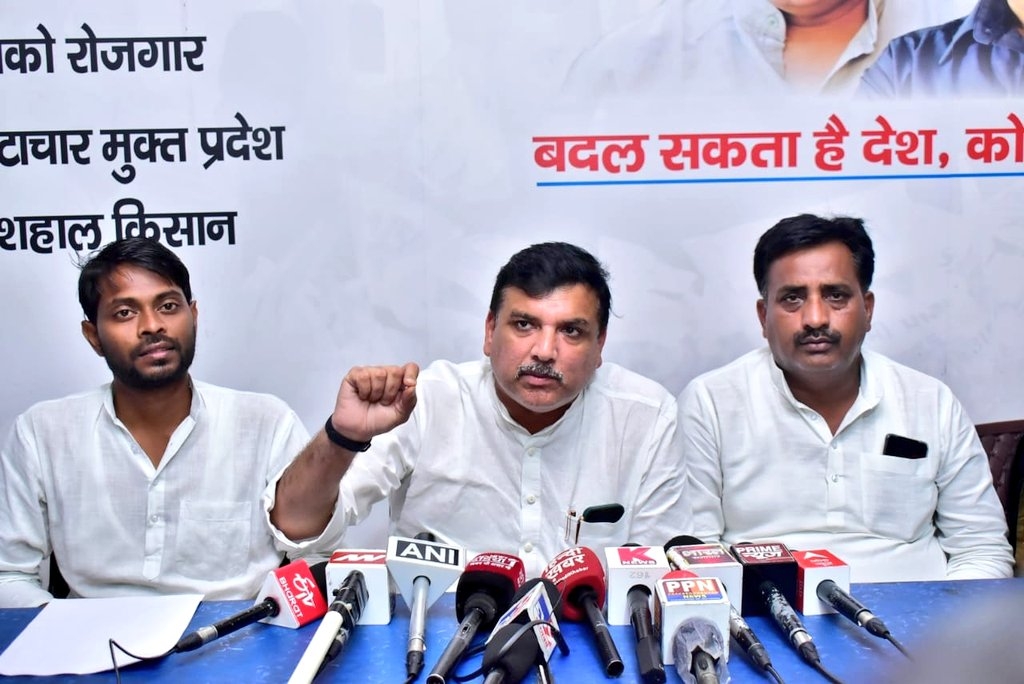 Lucknow: Taking lead over others, the Aam Aadmi Party (AAP) on Wednesday released its first list of 100 candidates for the coming assembly elections of Uttar Pradesh.

The state units of AAP released this list after approval of party MP and UP in charge Sanjay Singh. AAP has announced candidates for 100 seats of 43 districts and these include few leaders from other parties who had recently joined it. Among these are former senior congress leader Nadeem Ashraf Jaysee and Rajeev Buxi. Names on all the seats in the state capital of Lucknow has been announced.

AAP MP Sanjay Singh while releasing this list said that these candidates would begin campaign in their respective areas with immediate effect. The AAP is currently taking out a 'Tiranga Yatra' in UP and it would go to all these 100 assembly seats. Singh said that these 100 candidates were already toiling hard in their constituencies and now senior party leaders would join the campaign with them.