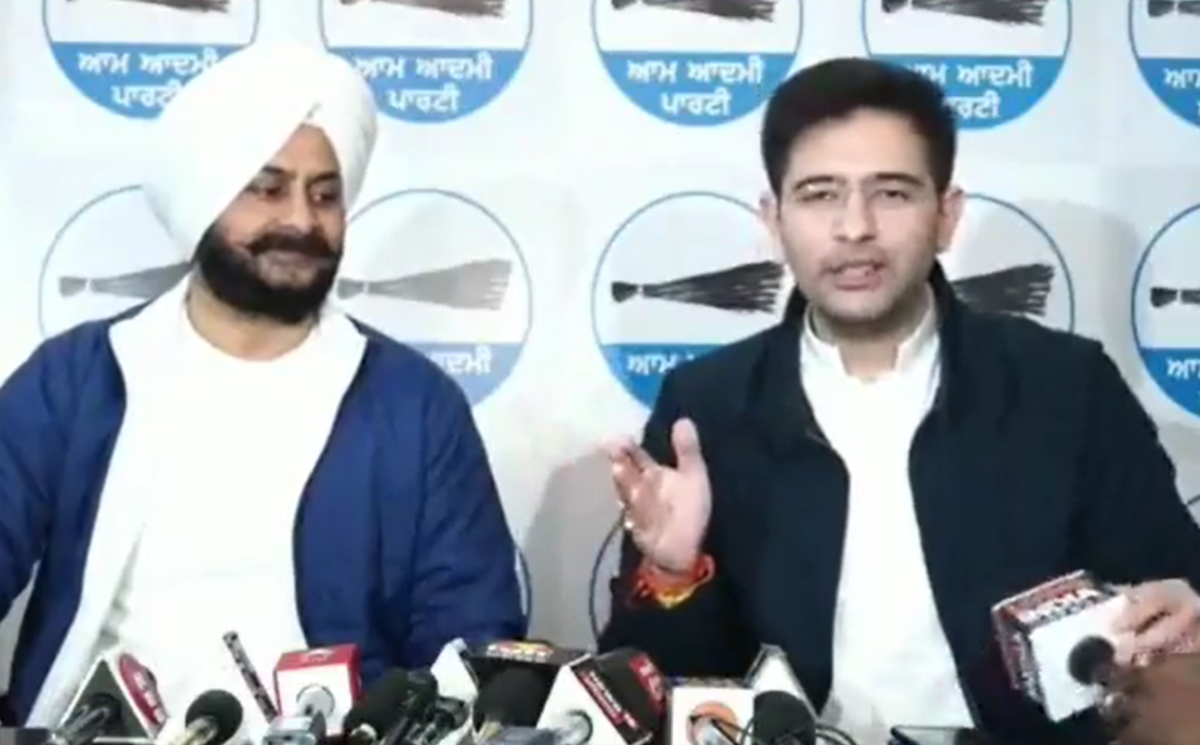 In the poll bound state of Punjab, many parties including the Aam Aadmi Party are in the race to register victory in the assembly elections to form their government. The parties are holding press conferences, campaigns across the state to gain maximum votes and win the elections.

Meanwhile, a video has surfaced on social media showing Punjab AAP chief Raghav Chadha tapping a mic of journalist on the floor.

During a press conference held, a video journalist got late to reach and when the person went to keep his mic on the table, Raghav Chadha held the mic and tapped it hardly on the floor.

The Twitter user who shared the video claimed that the AAP leader called the channel owner to sack video journalist.

Reacting to the video, Punjab BJP spokesperson Gaurav Goel and Punjab Youth Congress slammed Raghav Chadha and his party for his attitude.

Gaurav Goel on Twitter wrote, "It's an insult to the journalist. How dare he can throw the mic ??? I am telling you this AAP party belongs to the anarchists."

A video journalist got lil late, @raghav_chadha threw his mic on floor. He didn't stop here, he called channel owner to sack video journalist. Now they aren't in power here in Pb and see their #arrogance. Once God forbid if they are in power, Pb would be in hands of anarchists. pic.twitter.com/4Q9VETpxlg

While, Punjab Youth Congress citing an incident of protest in Delhi said, "This isn't the first time AAP has displayed their dictatorial attitude." Protesters were not allowed outside Kejriwal's house, compromising the rights to protest in Delhi!

Notably, ahead of the assembly polls, has emerged as a major contender and several farmers bodies too have thrown their hat in the ring as the strife-torn ruling Congress is struggling to put up a united face.

Raghav Chadha claims, "There is a wave for change in the whole of Punjab. I am fully confident that on February 14, on Valentine's day, the whole Punjab will say in one voice, 'I love you Kejriwal', and people will give a chance to AAP to serve them".

The Aam Aadmi Party, which is heavily banking on Arvind Kejriwal's Delhi model of governance, will be looking to form the government this time after facing drubbing in the 2017 Assembly polls.

Kejriwal, who has been leading the party's poll campaign, has tried to woo voters by promising several "guarantees", including 300 units of free power and Rs 1,000 per month to every woman while laying emphasis on improving the condition of government schools and hospitals.