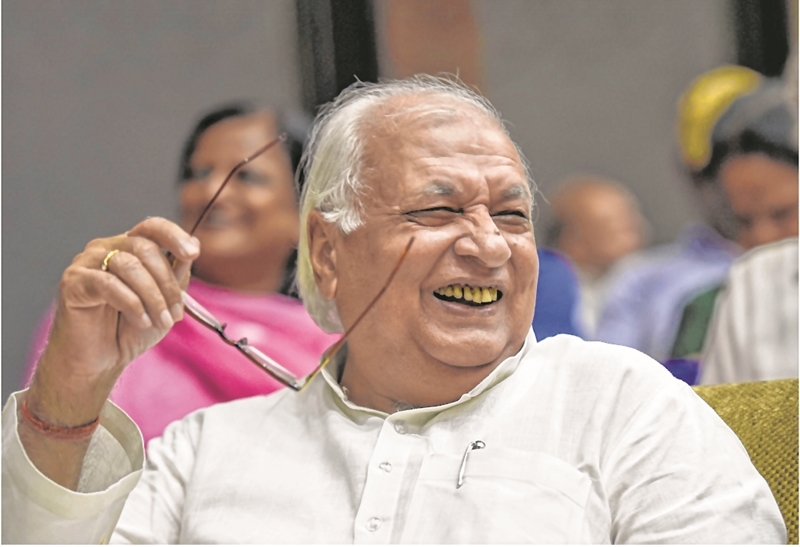 New Delhi: Prominent Muslim face Arif Mohammed Khan, who quit the Rajiv Gandhi government in protest against the enactment of a law to nullify the Supreme Court verdict in the Shah Bano case, was on Sunday appointed as Governor, along with three BJP leaders. He goes to Kerala, the most politically volatile state for the BJP after Bengal.

Soundararajan is a rare example of a leader who made it to the top through hard work without depending on the political stature of family members.

Born to staunch nationalist and Congressman Kumari Ananthan, who has served the national party since the days of Jawaharlal Nehru, Tamilisai charted her own course in politics by joining the BJP, whose ideology is poles apart from that of the Congress.

A qualified doctor, she had often said that the BJP’s Hindutva ideology had drawn her to the party, which to this day has little base in the Dravidian state of Tamil Nadu.

Former Union minister Kalraj Mishra, who was recently appointed the Governor of Himachal Pradesh, has been shifted to Rajasthan. Seventy-eight-year-old Mishra will succeed former Uttar Pradesh Chief Minister Kalyan Singh, who completed his five-year tenure as the Governor of Rajasthan.

That is bad news for Kalyan Singh who may have to face trial for criminal conspiracy in the Babri Masjid demolition case as the immunity he has been enjoying by virtue of the constitutional post he was holding will go away at the end of his tenure, sources said.

Former Union Labour Minister Bandaru Dattatraya, 72, has been appointed as the Governor of Himachal Pradesh, replacing Mishra. Koshyari replaces Vidya Sagar Rao as the Maharashtra Governor, while Soundararajan will succeed ESL Narasimhan as the Telangana Governor.

Sixty-eight-year-old Arif Mohd Khan, who replaces former Chief Justice of India P Sathasivam in Kerala Raj Bhavan, has been a vocal critic of the practice of instant triple talaq and has called for reforms in the Muslim personal laws for long.

Khan's speech in Parliament in 1985 in the wake of the Shah Bano judgement extending the Rajiv Gandhi government's initial support to it was much acclaimed.

However, when the Rajiv Gandhi government did a U-turn under alleged pressure from Muslim clerics and brought a bill to nullify the Supreme Court order, he resigned from the ministry.

The Uttar Pradesh politician later joined the BJP but has been inactive since 2007. Recently, when the Modi government brought a bill to criminalise the practice of instant triple talaq, Khan supported it.

In the Shah Bano case, the Supreme Court had delivered a judgment favouring maintenance given to an aggrieved divorced Muslim woman.