4 militants killed in two encounters in Jammu and Kashmir 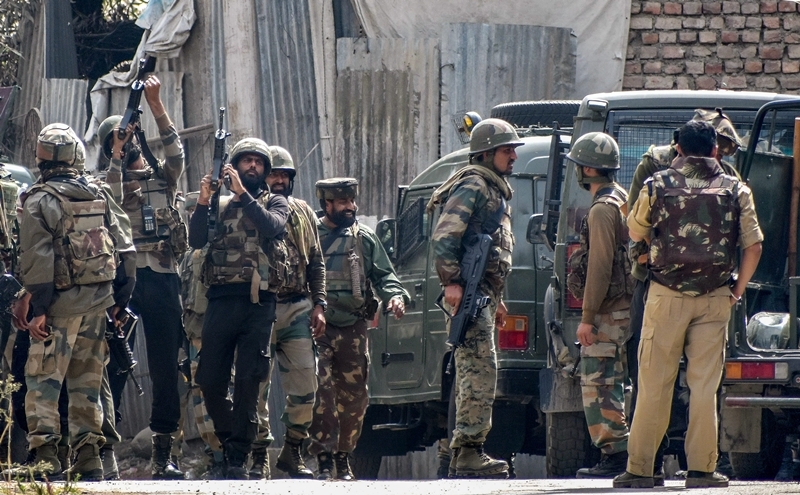 Srinagar: Four militants were Thursday killed in two encounters with security forces in Shopian and Kupwara districts of Jammu and Kashmir, police said. Security forces launched an anti-militancy operation in Yawran forests in Shopian following information about the presence of militants there, a police spokesman said.

He said in the ensuing gunfight, three ultras were killed. “The slain terrorists have been identified as Sajad Khanday, Aqib Ahmad Dar and Basharat Ahmad Mir, all residents of Pulwama,” the spokesman said.

According to the police records, it was a combined group of proscribed terror outfits Hizbul Mujahideen and Lashkar-e-Taiba, the spokesman said. “They were wanted by law for their complicity in a series of terror crimes, including attack on security establishments and civilian atrocities,” he said.

The spokesman said Dar was involved in conspiring and executing many terror attacks in the area. Several terror crime cases were registered against him, he added.

Similarly, Khanday and Mir were also involved in many terror attacks and several terror crime cases were registered against them, the spokesman said. “Incriminating materials, including three AK rifles, were recovered from the site of the encounter. All these materials have been taken in the case records for further investigation and to probe the trio’s complicity in other terror cases,” he said. In another encounter, an unidentified militant was killed in the Handwara area of Kupwara district in north Kashmir, the spokesman said.

“One terrorist has been killed in the operation in Handwara. Some arms and ammunition have been recovered from the site,” he added. He said the identity and group affiliation of the slain militant is being ascertained.