33 in list of J&K leaders barred from flying abroad 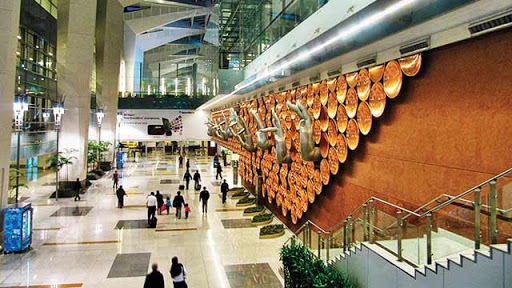 As many as 33 politicians of Jammu and Kashmir have been named in a list that bars them from travelling abroad, PTI reported on Friday.

This was revealed by official sources after former National Conference MLA Atlaf Ahmed Wani was prevented from boarding a flight to Dubai at IGI Airport in Delhi.

The names of former chief ministers Farooq Abdullah, Omar Abdullah and Mehbooba Mufti are not in the list, they said, adding that it has mostly former legislators and former ministers from various political parties.

The Jammu and Kashmir administration had handed over a list of around 37 people post August 5 last year when the special status of the erstwhile state was abrogated and it was converted into two union territories, the PTI report said.

The list was initially valid for three months after which it was validated further after a review, the sources said.

It was, however, pruned and the number came down to 33 after some of leaders, who formed Jammu and Kashmir Apni Party including its chief Altaf Bukhari, were taken off from the look out notice.

Wani, who was stopped on Thursday evening from boarding the flight to Dubai where he was to attend a family function, said, "Thanks to the authorities, I am left with no luggage as it took off with my family."

"I reached the international airport on Thursday afternoon. Upon reaching the immigration counter, I was escorted to a room on the pretext that there was some error in my passport," Wani, who represented Pahalgam assembly seat, told PTI.

For nearly three hours, says Wani, there was no clarity as to why he was stopped.

"I convinced my family to go ahead while I requested the immigration officials to give me some clarity.

"After nearly three hours, my passport was handed over and I had to return to my accommodation in Delhi. Before that, I had to make some purchases because my luggage was checked in amid the confusion," he said, adding that he has been conveyed that he cannot travel till March 2021.