Among the 29 missing labourers, 13 were from Ichchanagar, eight from Bhairampur and one each from neighbouring villages
PTI 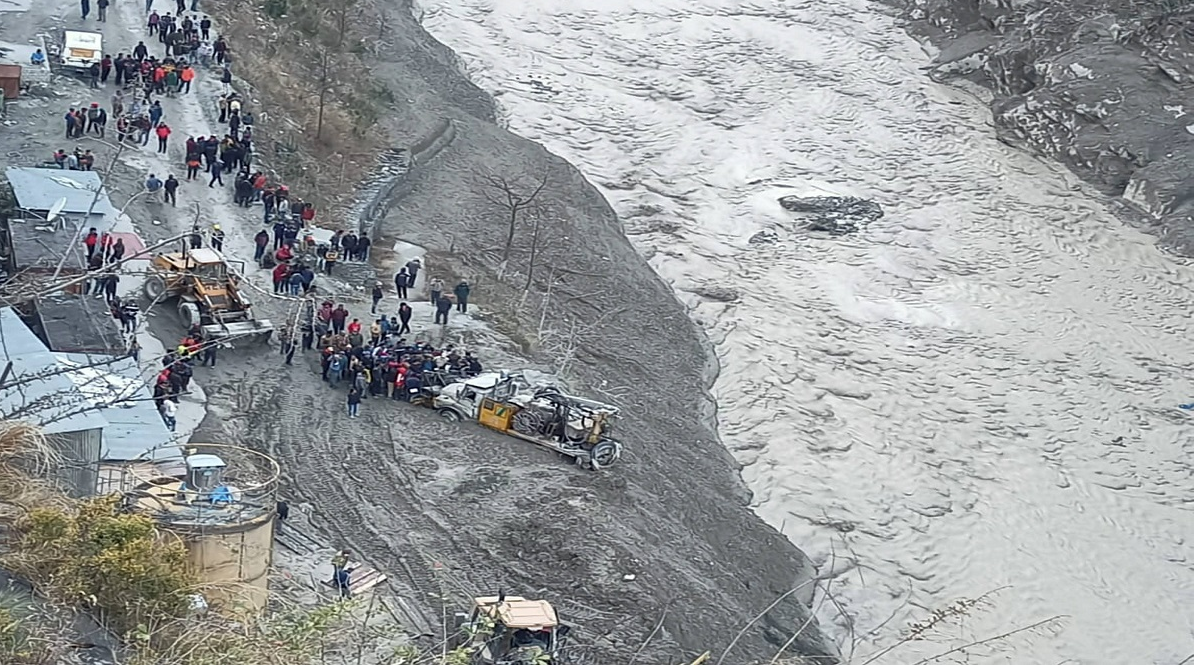 Lakhimpur Kheri: Nearly 29 labourers from Uttar Pradesh, who were working at Tapovan-Vishnugad hydropower project in Uttarakhand's Chamoli and went missing when a glacier burst triggered a massive flash flood on February 7, have finally been declared "dead".

This will bring closure for the families, who will also now receive compensation under various schemes.

The next of kin to the deceased labourers will get Rs 29 lakh each -- Rs 20 lakh from National Thermal Power Corporation (NTPC), Rs 4 lakh from Uttarakhand Disaster Relief Fund, Rs 1 lakh under a beneficiary scheme of the Uttarakhand government and Rs 2 lakh each from UP govt and the Centre.

Thirty-three labourers from Lakhimpur Kheri district and one from Shahjahanpur district were washed away by the flash flood.

Five bodies were later recovered. They were identified as Jalal Ali, 20, Vimlesh, 23, Avdhesh, 19, Suraj, 21, (all from Lakhimpur Kheri) and Sher Singh from Shahjahanpur. The remaining bodies could not be recovered.

On February 23, the Uttarakhand government had issued a notification authorising nearly 140 people still missing, to be declared "presumed dead".

After the missing 140 people were considered dead in March by the neighbouring state government, the required information was provided to them by the Kheri administration.

Thereafter, a gazette was published in newspapers on April 23 to 'seek objection'. With no objection received, the death certificates were issued by Uttarakhand authorities.

Among the 29 missing labourers, 13 were from Ichchanagar, eight from Bhairampur and one each from neighbouring villages.

Their families are yet to receive the death certificates.

When contacted, Nighasan Sub Divisional Magistrate, Om Prakash Gupta, said, "All the formalities are complete. The 29 missing labourers have been declared dead. No objections were raised after the gazette was published a month ago. The death certificate and the compensation will be provided by the Uttarakhand government and the NTPC." Uttarakhand tragedy: Heavy rains, rise in overall temperature in 4 decades could have led to rock...