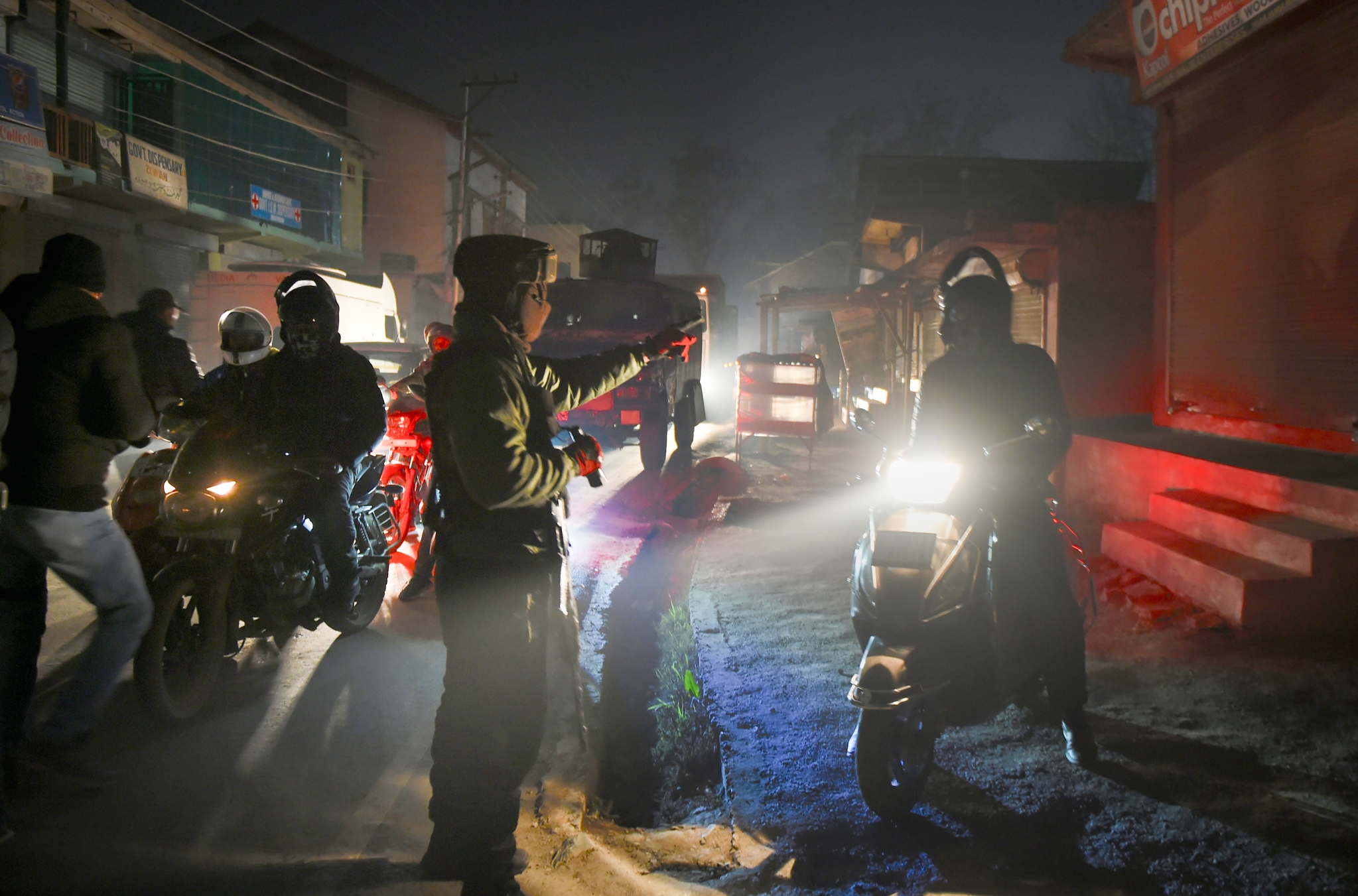 Srinagar: A security personnel interacts with a commuter as he stands guard near the site of a militant attack in Zewan on the outskirts of Srinagar, Monday, Dec. 13, 2021. Two policemen were killed and several others were injured in the attack. | (PTI Photo/S. Irfan)

Two policemen were killed and 12 suffered injuries as terrorists carried out a deadly attack on a bus carrying Jammu and Kashmir Armed Police personnel on the outskirts of Srinagar on Monday -- the 20th anniversary of the Parliament Attack -- officials said.

The bus came under fire from terrorists in Zewan in Pantha Chowk area. Sources said that at least 14 policemen sustained injuries in the attack. The injured were evacuated to various hospitals where two of them died. The deceased included an assistant sub-inspector of the armed police. The area has been cordoned off and a search operation launched to track down the assailants, the officials said, adding that further details are awaited.

Meanwhile, two Lashkar-e-Taiba (LeT) militants, including a foreign ultra, were killed in a brief “chance encounter” in Rangreth area of the city on Monday, the police said.

Giving details, a police spokesperson said that based on a specific input regarding the movement of terrorists in the general area of Rangreth, surprise naka checking points were established tactically by police in the area.

“During checking at one such naka manned by a small team of Srinagar Police, two suspected people, on noticing the police party, fired indiscriminately upon them. However, the fire was effectively retaliated, leading to a brief encounter in which two terrorists were neutralised on (the) spot,” he said.

The spokesperson identified one of the ultras as Aadil Ahmad Wani, a resident of Daramdoora Shopian who was "a Pakistan-trained 'A' category terrorist". “Another killed terrorist as per credible sources is a foreign terrorist yet the same is being further ascertained. Both the slain terrorists were affiliated with proscribed terror outfit LeT,” he said.