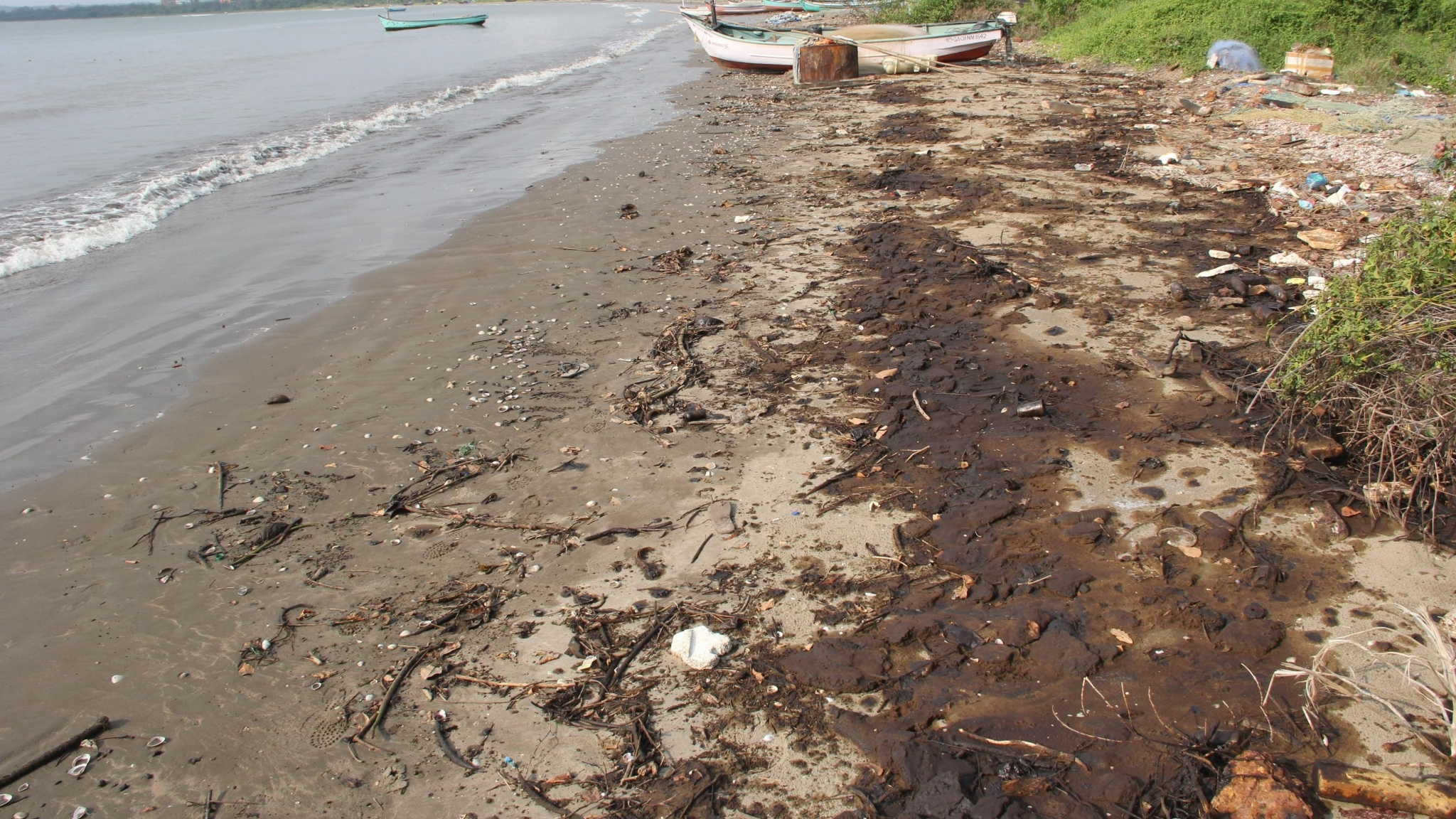 Panaji: Oily, carcinogenic tarballs caused damage to 12 beaches in Goa last month, while 33 others have been afflicted by the menace since 2015, according to the coastal state's government. The state authorities have written to the Directorate General of Shipping to track the source of the menace, which has affected the tourist state for the last two to three decades.

In a written reply tabled during the recently concluded session of the Legislative Assembly, Goa's Environment Minister, Nilesh Cabral said that both Central and state government agencies were being requested to keep an eye for oil spillages, leakage or dumping of waste oil from fishing trawlers in respective marine jurisdictions.

The 33 popular beaches which have been by plagued by tarballs include the sandy stretches from Baga to Sinquerim, Morjim, Arambol, Ashwem in North Goa and Varca, Cavelossim, Betalbatim, Benaulim in South Goa.

Beaches, along with nightlife are a top draw for the tourism industry in Goa, which witnessed nearly eight lakh footfalls in 2019.

According to the Environment Ministry, they have requested to take issue with the concerned departments for patrolling of the seas to rein in the menace.

What caused the tarballs to be deposited on Goa beaches?

In response to a question from MLA Rohan Khaunte, Cabral said that based on a study conducted by the National Institute of Oceanography (NIO), the government had arrived at a conclusion that the source of the tarballs was oil spills at Bombay High, an offshore rig off the coast of Maharashtra.

"The state has its own State Oil Spill Disaster Contingency Plan. The Board had communicated the same to (the) Department of Environment and Climate Change, Goa, regarding the publications of NIO Scientist, indicating the source tracing tarballs to Bombay High region," Cabral said.

A note by the Goa State Pollution Control Board, which was also a part of the Minister's written reply, has advised to broaden the net to check on other oil spills off the coast, which lead to the formation of tarballs.

The note has advised the state and central agencies "to keep a check on spillages during transportation, waste/burnt oil from DG sets used on vessels leakages from fishing trawlers as mentioned above within the jurisdiction of the state government and also direct the Indian Coast Guard, Goa, to keep strict vigil of waters within their jurisdiction".

Tourism industry stakeholders in the state have repeatedly urged the Goa government to take up the matter with the Central authorities in order to ensure permanent solution to the menace, which are a top draw as far as the tourism industry in the state is concerned.

Tarballs are dark-coloured, sticky balls of oil that form when crude oil floats on the ocean surface, as per an Indian Express report.

Tarballs are transported from the open sea to the shores by sea currents and waves, according to a research paper titled, Diversity of bacteria and fungi associated with tarballs: Recent developments and prospects by Laxman Shinde, Varsha & Suneel, V & Shenoy, Belle Damodara (2017), National Institute of Oceanography (NIO).

Tarballs are formed due to a reaction of oil or oily ballast dumped by sea going-vessels, which then reacts with the saline water, and is then deposited on the seashore.

Tarballs regularly wash ashore along the western coastline polluting the beaches and the coastal environment, especially during monsoon, when the phenomenon peaks.

Some of the balls are as big as a basketball while others are smaller coin-sized ones and are found strewn on the beaches.

Tarballs can get stuck to the fishing nets installed in the sea, making it difficult for fishermen to clean. They can also affect marine life, especially filter feeders like clams and oysters.

Noted cases of tarball occurrences have been witnessed at Goa beaches since 2010, in South Gujarat, Mangaluru and at Los Angles beaches. 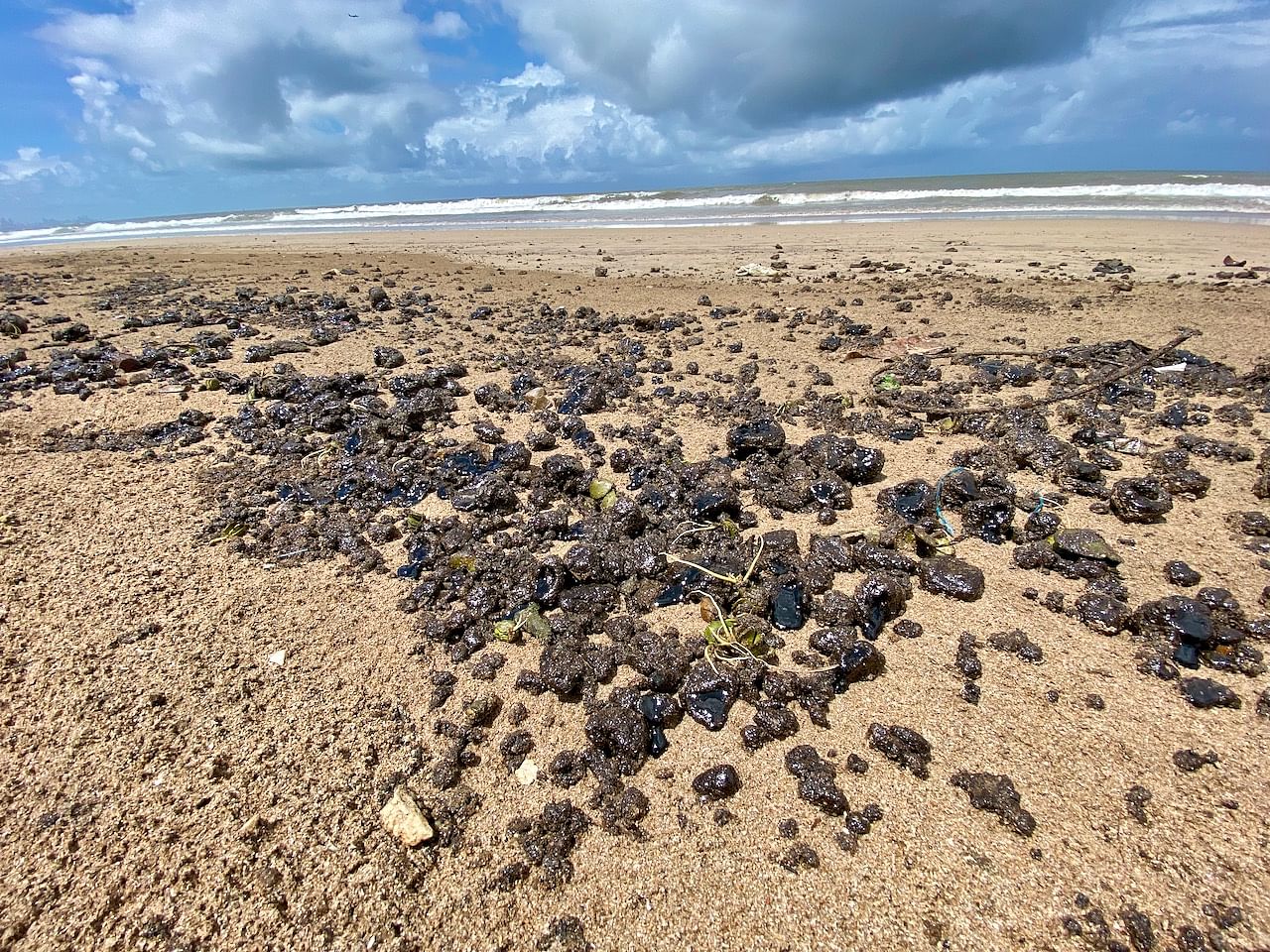