The 63-year-old actor spoke with 'The National Defense Radio Show' on Thursday about his and Wilson's experiences.

American actor Tom Hanks and wife Rita Wilson were the first celebrities to reveal that they tested positive for the coronavirus last month. In a recent radio show, Hanks detailed on how different the symptoms were for the couple and said his wife went through a tougher time than he did.

The 63-year-old actor spoke with 'The National Defense Radio Show' on Thursday about his and Wilson's experiences.

"Rita went through a tougher time than I did, she had a much higher fever. She had lost her sense of taste and sense of smell. She got absolutely no joy from food for a better part of three weeks," Variety quoted Hanks as saying.

He said that he had some "bad body aches and was very fatigued." Later he added that Wilson "was so nauseous, she had to crawl on the floor from the bed to the facilities." The pair reportedly spent five days in a Queensland, Australia, hospital before remaining in isolation for weeks.

Following their recovery, the duo was spotted for the first time at their Los Angeles home in late March.

As cited by Variety, the Academy winner also mentioned that he would try to do basic exercises while undergoing treatment in the hospital, but "I was wiped" after only 12 minutes into a 30-minute set.

Earlier, Wilson confirmed that while she and Hanks still do not know for sure where or from whom they contracted the virus, they've learned they were both exposed to it "at the same time." The 'New Girl' songstress and Hanks were in Australia when their tests for the novel virus came back positive.

Hanks had been in the land down under filming an upcoming Elvis biopic before director Baz Luhrmann suspended filming. 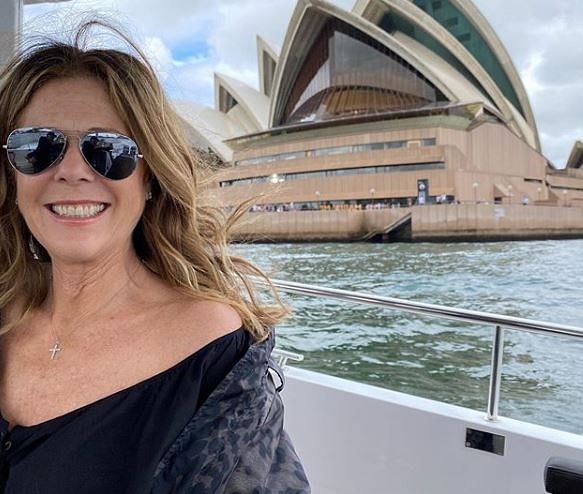