English actor Ben Cross, known for starring in 'Chariots of Fire' and appearing in 2009's 'Star Trek,' has died at the age of 72.

English actor Ben Cross, known for starring in 'Chariots of Fire' and appearing in 2009's 'Star Trek,' has died at the age of 72.

The actor's family confirmed the news to Fox News.

The star passed away on Tuesday morning (local time) in Vienna after a short battle with an illness, which was confirmed to not have been coronavirus.

The family said in a statement: "Today the world has lost a talent, but our family has lost a beloved husband, dad, and grandpa. He was a born showman and entertainer, a walking encyclopedia of music who could sing anything.He was a man who taught us to embrace our feelings, whatever they may be. We are grateful for the time we had with him." Born in London, Cross began acting at an early age in grammar school plays and he was accepted to London's Royal Academy of Dramatic Arts, according to Deadline.

Cross has credits in film and television, according to IMDb. He first played a role in a 1972 short called 'The Reprieve' before his first television gig -- an episode of 'Wessex Tales' -- and his feature debut was in 1977's 'A Bridge Too Far.' Cross starred as English track-and-field star Harold Abrahams in the Oscar-winning film 'Chariots of Fire' and he would later take on the role of Sarek, Spock's father, in the reboot of 'Star Trek.' The actor had his most recent appearances in the films 'The Rest is Ashes' and 'Wildlings.' The outlet reports that his upcoming project, 'The Devil's Light,' finished filming just days ago. He plays Cardinal Matthews in the film.

He will also appear alongside Shailene Woodley, Felicity Jones and Joe Alwyn in 'Last Letter from Your Lover.' Fox News reported that Cross was married three times and is survived by his wife Deyana Boneva Cross, his two children, Theo and Lauren Cross, and three grandchildren: Violet, Zinnia, and Alexander. 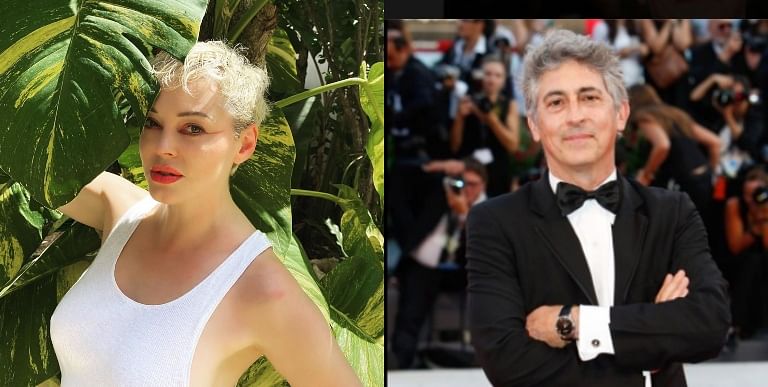 Rose McGowan accuses 'The Descendants' director Alexander Payne of sexual misconduct when she was 15...