It featured the 24-year-old pop star in two scenes from the fairy-tale adaptation directed by Kay Cannon.

Washington [US]: Singer-songwriter Camila Cabello's new musical 'Cinderella', which will be hitting Amazon Prime in September, released its first-look images on Thursday.

It featured the 24-year-old pop star in two scenes from the fairy-tale adaptation directed by Kay Cannon.

The first look was shared on the movie's official Instagram handle, along with the caption, "Here's your first look at @camila_cabello and @nicholasgalitzine in Cinderella, coming September 2021 to @amazonprimevideo."

One of the shots from the first look featured Camila in her not-yet-elegant attire as she appeared to be working on an outfit to wear to the ball.

A second image revealed her more glamorous look as she gazes into the eyes of Prince Robert, played by relative newcomer Nicholas Galitzin.

Rounding out the cast of the upcoming musical, although not pictured in either of the images, are Billy Porter, Idina Menzel, Pierce Brosnan, and Minnie Driver.

In addition, as per E! News, John Mulaney and James Corden are both playing mice who become footmen, with James also serving as producer and getting a story credit.

The film was initially set to be released theatrically by Sony until Amazon announced earlier this month it had picked up the project. "I'm excited that we can now offer a wider audience around the world an opportunity to see our movie safely with their loved ones," the director tweeted at the time.

The former 'Fifth Harmony' member, who hasn't previously been known for her acting, worked on original songs for the film, according to media reports from 2019 when the project was first announced. 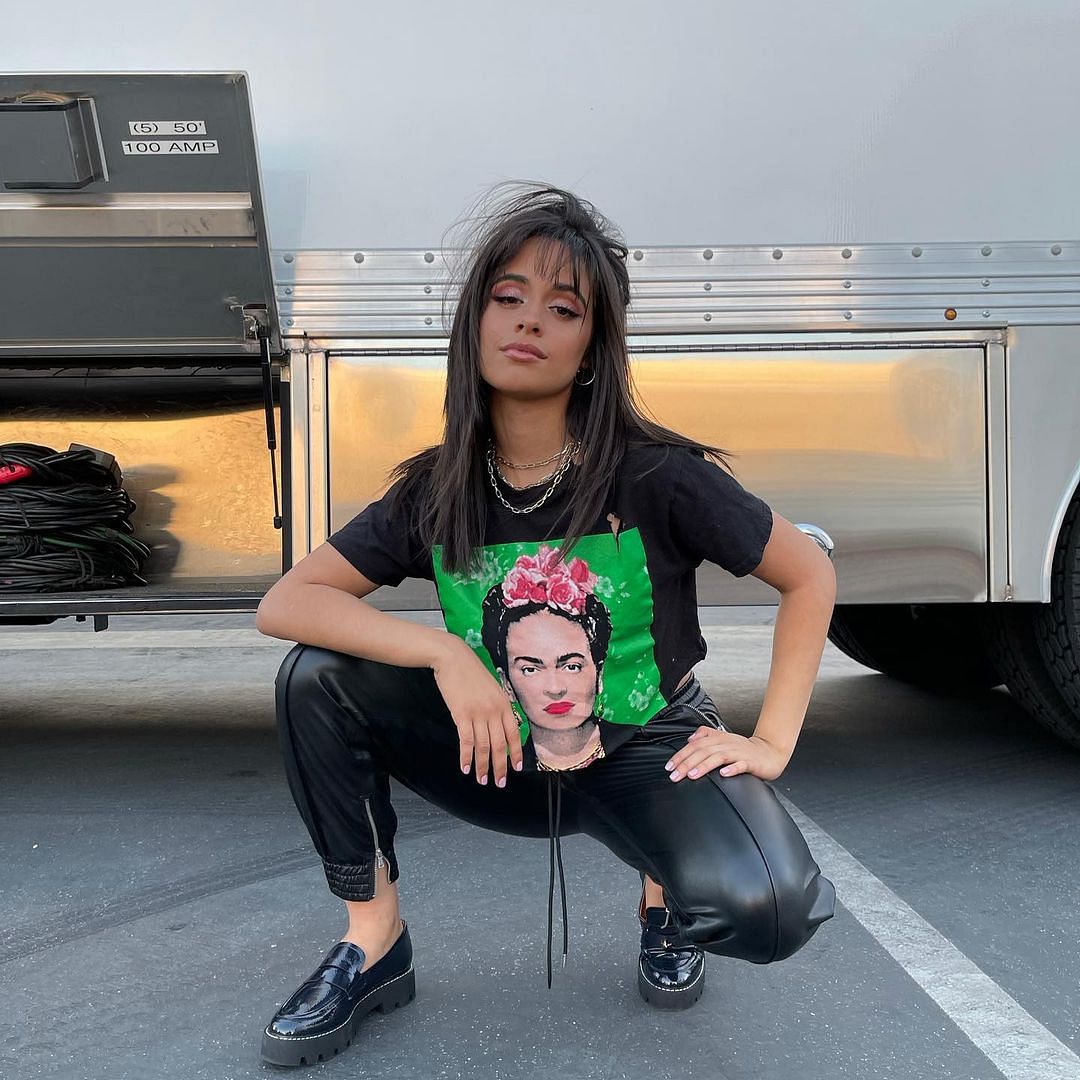