Washington D.C.: American model Hailey Baldwin and wife of Canadian Pop singer Justin Bieber who has been spending time in Miami this week, shut down her pregnancy rumours in the funniest way ever.

The 23-year-old TV personality, took to her Instagram story on Friday to shut down her pregnancy rumours.

The couple was spotted hanging out at the pool, while also enjoying some food and drinks together. Hailey, who recently celebrated her birthday, also spent time doing a photo-shoot at the beach in Miami, reported E!Online. 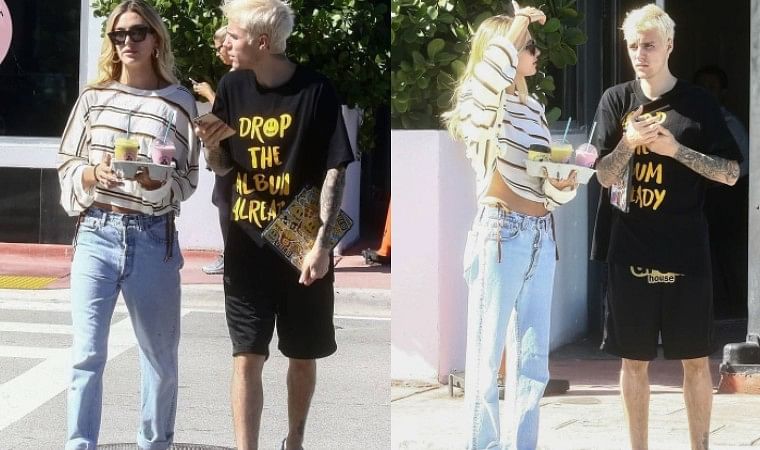 Justin and Hailey Bieber's Miami Thanksgiving is too hot to handle

The photos of the couple at the pool and the beach together that went viral and another picture surfaced online in which the couple is seen walking together and Hailey's hand is placed over her stomach. This picture led social media to speculate, with just based on hand placement, about a possible pregnancy.

However, after learning of the speculation Hailey took to social media to respond to the rumours. She wrote in a message in her Instagram story "The internet is funny! No, I'm not pregnant I just really love food." Last Week, Justin hinted at his desire for kids in his birthday tribute to wife Hailey in an Instagram post. 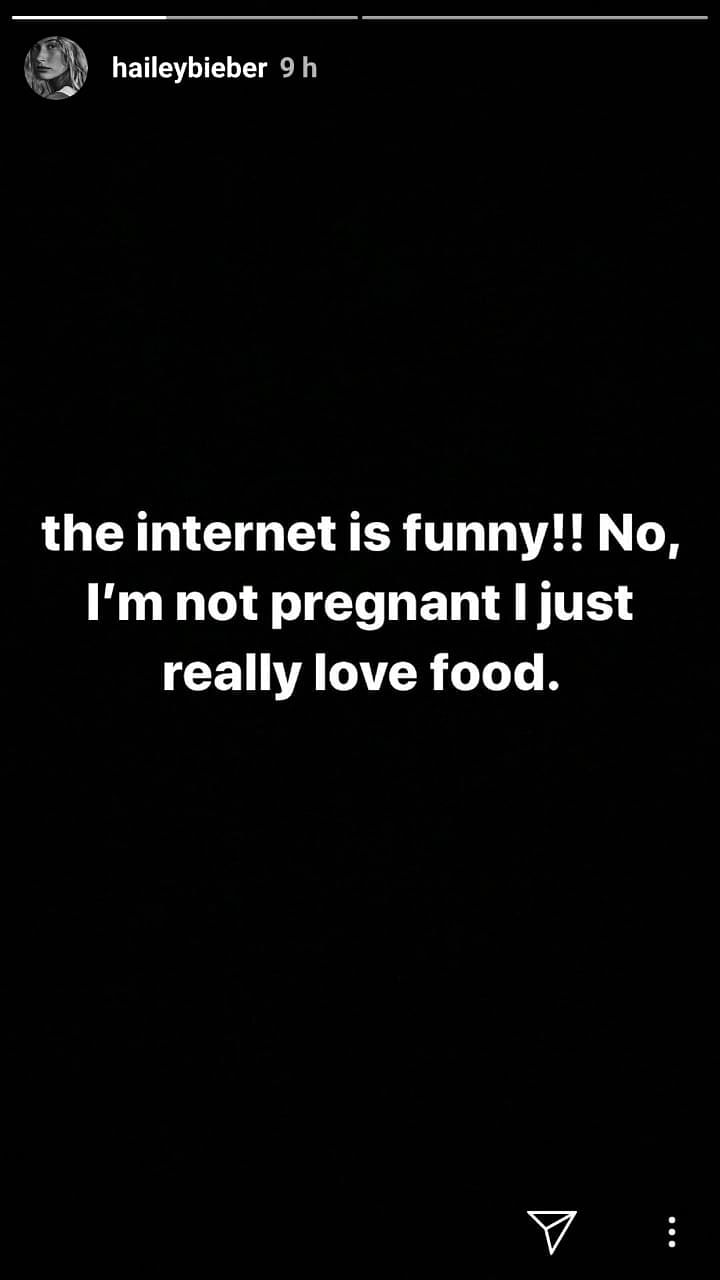 The 25-year-old singer, Justin has also hinted at wanting to start a family multiple times over the last year. Back in October, Justin posted a video of a dad sharing a sweet moment with a baby? The superstar wrote alongside the video, "This is something I look forward to," adding a smiley face.

But, it sounds like that's not happening just yet, as Hailey post makes it clear she's not pregnant.

The couple tied the knot twice, the duo first wed in a New York City courthouse in September 2018, they decided to have a ceremony with family and friends a year later. This time, Hailey and Justin were surrounded by their loved ones in a lavish wedding in South Carolina. (ANI)