'I dated, never had sex': Machine Gun Kelly's ex-GF Sommer Ray claims he cheated on her with Megan Fox

The YouTube star alleged that the musician invited her to Puerto Rico, where he and Megan were filming their upcoming movie.

Washington [US]: American singer Machine Gun Kelly's ex-girlfriend Sommer Ray alleged that their relationship had not ended before he began dating Megan Fox.

According to Us Weekly, the 24-year-old model opened up about her romance with the 30-year-old singer (real name Colson Baker) during Tuesday's episode of Logan Paul's 'Impaulsive' podcast.

She said, "I dated Colson, never had sex with him. ... I make you wait at least three months. I have to make sure that you're someone good to me. I'm not going to make you a number if you're not good to me. So Colson just never passed the test." Ray then claimed that Kelly and the 34-year-old actor Foxx, were together before he broke up with the Colorado native.

"I don't really feel bad saying that because he did kind of cheat on me with Megan Fox," she said.

The YouTube star alleged that the musician invited her to Puerto Rico, where he and the 'Transformers' star were filming their upcoming movie, 'Midnight in the Switchgrass'.

"I waited in the hotel the whole time while he's filming with her and I'm not really thinking anything of it.I thought she was older and had kids and was married and stuff," she recalled.

As reported by Us Weekly, Ray also claimed that Kelly kept her from the set of his 'Bloody Valentine' music video - which starred Fox and premiered in May 2020 - because of 'COVID restrictions.' Despite the way she claims they called it quits, the influencer does not hold a grudge.

"I think they're a cute couple. I'm not mad about it. I want them [to have] the best," she noted.

Per Us Weekly, Kelly and Fox were first linked in May 2020. Her estranged husband, Brian Austin Green, confirmed that same month that he and the 'New Girl' alum had split after nearly 10 years of marriage. They are parents of sons 8-year-old Noah, 7-year-old Bodhi, and 4-year-old Journey.

The 'Transformers' star filed for divorce in November 2020 and sparked engagement rumours with Kelly in January, which she quickly shut down with an Instagram Story photo of a ring that read, "F**k you." In February, Us Weekly revealed that the singer is "super into" Fox.

"MGK thinks Megan is different than the other A-listers he's dated," "He thinks she is a total bombshell in every way and basically worships the ground she walks on," a source told the outlet at the time.

The insider added that Kelly believes he is "extremely fortunate" to be with the 'Jennifer's Body' star and considers himself "the luckiest guy in the world." In fact, while Fox is not "in any rush to get married again," he would "marry her in a heartbeat." 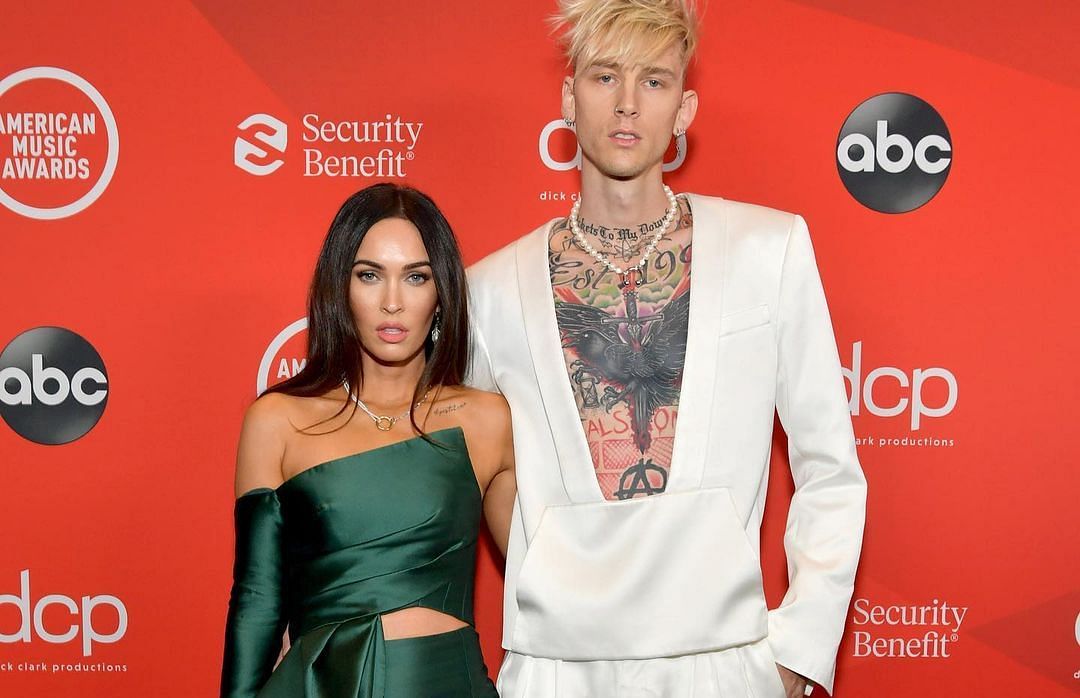