Heard completed her direct testimony, saying that she ultimately decided to leave Depp because she feared she would not survive the relationship.

Camille Vasquez, Depp's attorney, presented a series of photos of Heard taken shortly after alleged incidents of violence. In the images, Heard did not appear to have bruises or other physical marks, reports 'Variety'.

"You should see what it looked like under the make-up," Heard responded.

Heard completed her direct testimony earlier on Monday, saying that she ultimately decided to leave Depp because she feared she would not survive the relationship.

When it was her turn to begin cross-examination, Vasquez noted that Depp has not made eye contact with Heard since the trial began more than a month ago. She then played audio from one of the couple's final conversations, in July 2016, in which Depp said, "You will not see my eyes again."

Depp testified last month that Heard was the one who abused him, and that he would typically flee whenever their confrontations got physical. Vasquez pursued that theme early in her questioning. She said Depp had "told the world he was a victim of domestic violence."

"No, ma'am," Heard said. Vasquez also asked Heard about the lack of contemporaneous medical records that would document the abuse. Heard testified that she did not seek medical attention after Depp allegedly raped her with a bottle during a trip to Australia in 2015.

"I did not want to tell anyone," she said.

Over three days of direct examination, Heard's attorneys presented a series of photos that showed marks on her arms, as well as bruises on her face and hairline.

Vasquez also asked a series of questions about Heard's claim that she had donated her $7 million divorce settlement to two charities: Children's Hospital Los Angeles and the American Civil Liberties Union.

Earlier in the trial, the general counsel of the ACLU testified that the organisation has received only $1.3 million of the $3.5 million pledge, including $500,000 from an account linked to Elon Musk, who dated Heard after she split up with Depp.

Heard made public statements after the divorce in which she claimed to have donated the full amount. On direct examination, she said she could not afford to make all of the payments because Depp had sued her, but she intends to fulfill the full pledge over time. She also said the suit has cost her more than $6 million -- though that testimony was cut off by an objection.

On cross-examination, Vasquez noted that more than a year elapsed between the time Heard received the final payment from the divorce settlement and the time that Depp sued her. Vasquez also repeatedly tried to get Heard to acknowledge that she had lied when she said she had donated the full amount. But Heard maintained that she uses "pledge" and "donate" synonymously.

Heard said she was being accused of being a gold digger and a liar, and that therefore it was important to make clear that she didn't want anything from Depp.

"You did want something, didn't you?" Vasquez asked.

"I didn't want anything and I didn't get anything," Heard said.

Earlier in the day, Heard had testified that she did not care about the settlement amount, but was advised that if she did not agree to some figure, the settlement could be overturned. She said the $7 million was "far less than what they were offering and what I was entitled to." 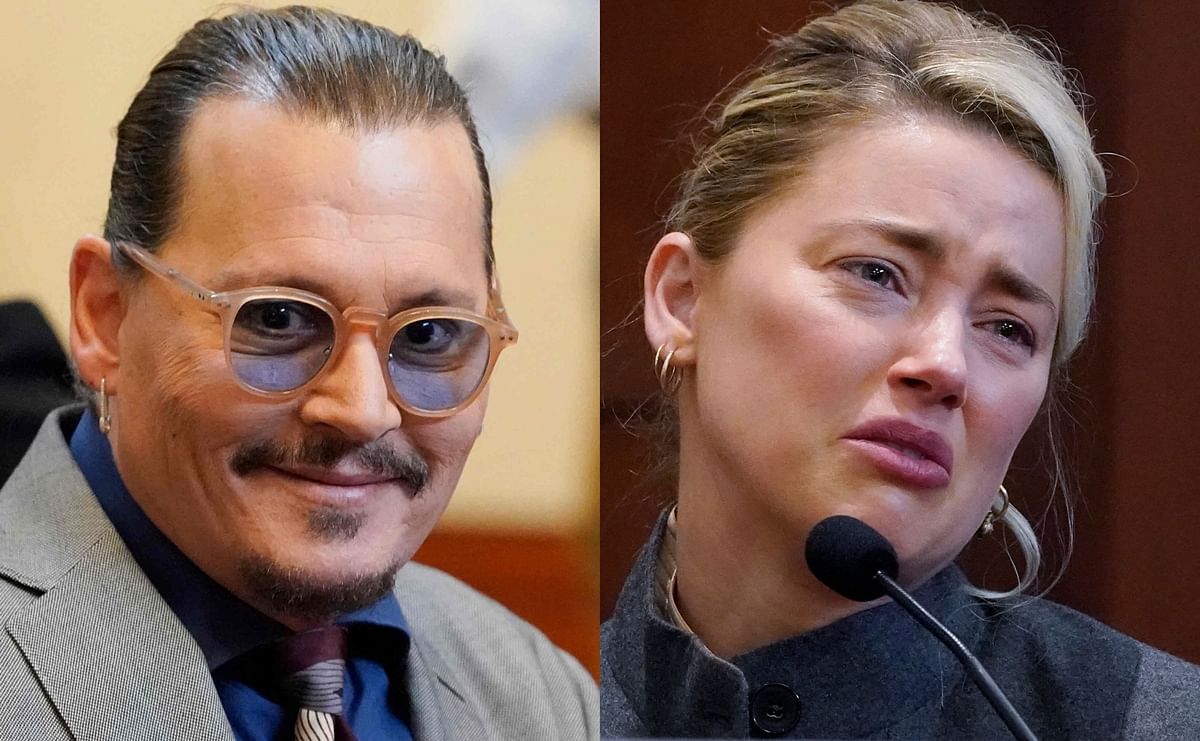