Music maestro AR Rahman has joined the international film 'No Land's Man' as co-producer and composer.

Music maestro AR Rahman has joined the international film 'No Land's Man' as co-producer and composer.

"Time always gives birth to new worlds, new ideals. The newborn world has new challenges and new stories to tell. This is one such story," Variety quoted Rahman as saying.

The movie chronicles the life of a South Asian, whose journey gets complicated when he meets an Australian woman in the U.S.

The film, shot in the U.S., Australia and India, is predominantly in English with some dialogue in Hindi and Urdu.

'Sacred Games' actor, Siddique said: "The filming experience for this project was challenging but a fulfilling one. AR Rahman's brilliance will definitely make the film richer." "Farooki and I first spoke about 'No Land's Man' at Film Bazaar in 2014. Between then and now, the film has become even more relevant as it looks at what it means to be a vulnerable person in a racially-divided world," producer Srihari Sathe said.

'No Land's Man' won the MPAA (Motion Picture Association of America) and Asia Pacific Screen Awards' Script Development fund in 2014. It was part of the Asian Project Market at Busan and was chosen as the best project at India's Film Bazaar the same year.

Earlier in January, Siddiqui posted multiple pictures on Instagram with the team of the flick, marking the schedule wrap in New York and Sydney for 'No Land's Man.' He also captioned the post as: "Wonderful experience with the most energetic team." 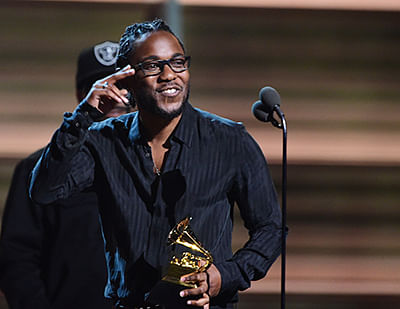