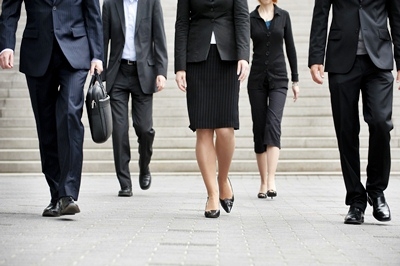 London: Commuting to work by walking on quieter side streets rather than main roads can help people avoid exposure to peaks in harmful air pollution, according to a new study.

Black carbon is one of the components of air pollution, and comes from incomplete combustion by diesel vehicles. It is known to be associated with a range of respiratory diseases, such as asthma, as well as with cardiovascular diseases. Lee Koh, a researcher at the Blizard Institute at Queen Mary University of London in UK, used a hand-held monitor to measure levels of black carbon particulate matter while walking between Whitechapel in the east of London to Moorgate, which is nearer to central London, between 4pm-7pm using main roads.

“We found in this small study that people could avoid peaks in black carbon if they choose to walk a quieter route,” she said. Walking the busy route six times between February and May produced measurements of black carbon that averaged 3,339 to 6,995 nanograms per cubic metre for every five minutes.

When walking the quieter routes six times at the same time of day, the measurements ranged from 2,555 to 5,854 nanograms per cubic metre for every five minutes, which was not a statistically significant difference. However, there was a statistically significant difference in the peaks of exposure to black carbon between the two routes. “The peaks are when a much higher levels of pollution are present. For example, when you stop to cross a busy road and so you are subject to a higher level of pollution compared to when walking away from the traffic,” she said.

There were no peaks in black carbon exposure on the side-street route, while on the busy route there were three occasions when the levels of black carbon exceeded 10,000 nanograms per cubic metre for every five minutes, ranging between 10,209 to 10,454 nanograms per cubic metre for every five minutes. “Our study suggests that, in London, it is possible to reduce exposure to peaks of black carbon particles (mainly from diesel soot) by choosing to walk a less polluted route,” Koh said. The study was presented at the European Respiratory Society’s International Congress in Netherlands.