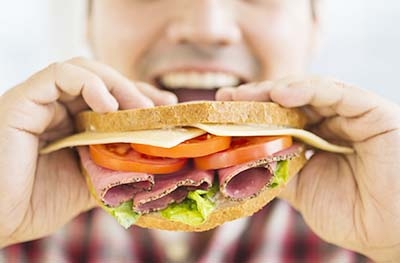 “The unanticipated finding that sandwich consumption is associated with higher overall intake of energy  underscores the importance of making healthy choices of sandwich ingredients,” said study co-author Cecilia Wilkinson Enns from the US Department of Agriculture Agricultural Research Service.

“Many sandwiches, such as burgers and franks, and common sandwich components, such as yeast breads, cheese, and cured meats, are among the top contributors not only to sodium but also to energy in the diets of adult Americans,” Enns added.

By closely analysing data from the federal nationwide dietary intake survey known as “What We Eat in America NHANES 2009-2010”, the researchers found that on any given day 49 percent of US adults eat at least one sandwich. The study appeared in the Journal of the Academy of Nutrition and Dietetics.