Protein that protects patients after hemorrhage 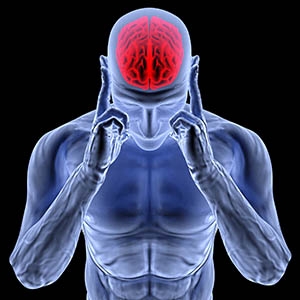 Washington: Researchers have now discovered a protective protein in the body called haptoglobin, which prevents the effect to patients who survive a cerebral haemorrhage and may suffer delayed severe brain damage caused by free haemoglobin, which comes from red blood cells and damages neurons.

Bleeding in the narrow space between the inner and middle meninges is life-threatening. This type of cerebral haemorrhage is normally caused by small protrusions in the major arteries at the base of the brain (aneurysms) that can burst without warning. The results of the study were published in the Journal of ‘Clinical Investigation, 2019.’ An array of patients suffering such a haemorrhage, who are often still young, die as a result of the massive increase of pressure inside the skull.

“Even if we manage to stop the bleeding and to stabilize the patients, in the first two weeks after bleeding there can be delayed brain damage. This often leads to severe impairments or can even be fatal,” explains Luca Regli, director of the Department of Neurosurgery at the University Hospital Zurich.

Despite great research efforts, until now it has not been possible to prevent these serious consequences of bleeding in the subarachnoid space. An interdisciplinary team of researchers from the University of Zurich, University Hospital Zurich and the Veterinary Teaching Hospital Zurich have now discovered a promising strategy: Haptoglobin, a protective protein found in the blood, binds the haemoglobin that has been released in the cerebrospinal fluid before it can cause damage.

“We observed that in the days after the bleeding, the accumulated blood slowly resolves and the haemoglobin from the degraded red blood cells gets into the cerebrospinal fluid,” says Emanuela Keller, head of the neurosurgery intensive care unit at University Hospital Zurich. This protein, which is normally responsible for transporting oxygen, plays an important role in the occurrence of delayed neurological damage.

“Using patient samples and tests on sheep, we have now been able to show that the haemoglobin leads to vasospasms and penetrates deep into the brain tissue, where it can directly damage neurons,” says study lead Dominik Schaer, UZH professor and chief of service in the Department of Internal Medicine at University Hospital Zurich.

The substance that makes haemoglobin so dangerous is iron, which is found in the centre of the protein and has a high propensity to undergo chemical reactions. Diseases such as malaria, in which haemoglobin is also released, have led to the human body, in the course of evolution, forming its protective protein called haptoglobin.

In the blood, haptoglobin binds free haemoglobin, thus preventing its toxic effects in blood vessels and kidneys. However, the concentration of haptoglobin in the brain is very low and does not offer enough protection against a cerebral haemorrhage.

By administering purified haptoglobin directly into the cerebrospinal fluid of sheep via a catheter, the researchers were now able to make use of this natural protective mechanism. “We could show that purified haptoglobin prevents vasospasms and blocks free haemoglobin from penetrating the brain tissue,” explains Dominik Schaer.

For patients who suffer bleeding in the subarachnoid space, these results have great medical potential. “We have found a possibility to potentially prevent the toxicity of free haemoglobin after intracranial haemorrhage. This could significantly improve the neurological prognosis and the long-term quality of life for those affected,” says neurosurgeon and first author of the study Michael Hugelshofer.