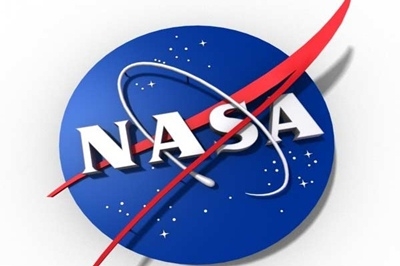 Washington: On the third anniversary of the Mars landing of Curiosity rover, NASA has unveiled two online tools that provide detailed visualisations of the red planet and allow netizens to journey along with the rover on its Martian expeditions.

NASA hopes the new online tools will open the mysterious terrain of the red planet to a new generation of explorers. Mars Trek is a free, web-based application that provides high-quality, detailed visualisations of the planet using real data from 50 years of NASA exploration and allowing astronomers, citizen scientists and students to study the red planet’s features. Experience Curiosity allows viewers to journey along with the one-tonne rover on its Martian expeditions. The programme simulates Mars in 3-D based on actual data from Curiosity and NASA’s Mars Reconnaissance Orbiter (MRO), giving users first-hand experience in a day in the life of a Mars rover.

A NASA team is already using Mars Trek to aid in the  selection of possible landing sites for the agency’s Mars 2020 rover, and the application will be used as part of NASA’s newly announced process to examine and select candidate sites for the first human exploration mission to Mars in the 2030s. This tool has opened my eyes as to how we should first approach roaming on another world, and now the public can join in on the fun,” said Jim Green, director of NASA’s Planetary Science Division in Washington.

Mars Trek has interactive maps, which include the ability to overlay a range of data sets generated from instruments aboard spacecraft orbiting Mars, and analysis tools for measuring surface features. Standard keyboard gaming controls are used to manoeuvre the users across Mars’ surface, and 3-D printer-exportable topography allows users to print physical models of surface features. Mars Trek was developed by NASA’s Lunar Mapping and Modeling Project, which provides mission planners, lunar scientists and the public with analysis and data visualisation tools for our Moon.

Experience Curiosity also uses real science data to create a realistic and game-ready rover model based entirely on real mechanisms and executed commands. Users can manipulate the rover’s tools and view Mars through each of its cameras. “We’ve done a lot of heavy 3-D processing to make Experience Curiosity work in a browser. Anybody with access to the web can take a journey to Mars,” said Kevin Hussey, manager of the Visualisation Applications and Development group at NASA’s Jet Propulsion Laboratory in Pasadena, California, which manages and operates the Curiosity rover.

Curiosity’s adventures on the red planet began on August 6, 2012, when a landing technique called the sky-crane manoeuvre deposited the rover in the 154-kilometre-wide Gale Crater. “At three years old, Curiosity already has had a rich and fascinating life. This new programme lets the public experience some of the rover’s adventures first-hand,” said Jim Erickson, the project manager for the mission at JPL.