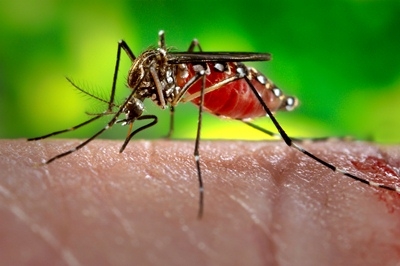 Washington DC : A team of researchers playing God has come up with a new breed of genetically modified mosquito that could help wipe out malaria within years.

For the first time, malarial mosquitoes have been modified to be infertile and pass on the trait rapidly, raising the possibility of reducing the spread of disease.

The mosquito species Anopheles gambiae is a major carrier of dangerous malaria parasites in sub-Saharan Africa, where 90 per cent of annual malaria deaths occur.

Malaria infects more than 200 million people each year and causes more than 430,000 deaths.

They used a technology called ‘gene drive’ to ensure the gene is passed down at an accelerated rate to offspring, spreading the gene through a population over time.

Within a few years, the spread could drastically reduce or eliminate local populations of the malaria-carrying mosquito species.

Their findings represent an important step forward in the ability to develop novel methods of vector control.

The field has been trying to tackle malaria for more than 100 years.

If successful, this technology has the potential to substantially reduce the transmission of malaria, said co-author Professor Andrea Crisanti.

The team aims to improve the expression of their gene drive elements, but also to find more genes to target, which would reduce the possibility of mosquitoes evolving resistance to the modification.

The results are published in the journal Nature Biotechnology.