Lack of Vitamin D is a bad sign for muscle health 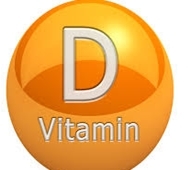 Washington: Vitamin D deficiency takes a toll on the muscle function in adults aged 60 and above, according to a new study. Maintaining skeletal muscle function throughout life is a crucial component of successful ageing, in promoting independence, mobility, quality of life and reducing falls and frailty. There is growing evidence that adequate vitamin D status may also be protective enough.

The study published in the journal Clinical Interventions in Ageing suggested that Vitamin D deficiency in older adults showed almost two times higher prevalence of muscle weakness (40.4 per cent) compared to those with vitamin D adequacy (21.6 per cent).

In summary, vitamin D deficiency was associated with impaired muscle strength and performance in a large study of community-dwelling older people. It is generally accepted that vitamin D deficiency should be reversed to prevent bone disease, this strategy may also protect skeletal muscle function in ageing.