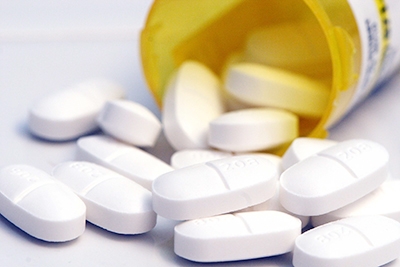 Immune cells from old mouse lungs fought tuberculosis bacteria as effectively as cells from young mice after lung inflammation was reduced by ibuprofen, researchers from Ohio State University found. The ibuprofen had no effect on the immune response to TB in young mice, the study found.

“Very few researchers have linked inflammation to infectious disease in old age, even though TB in particular will drive that inflammation even further,” said Joanne Turner, associate professor of microbial infection and immunity at Ohio State and senior author of the study.

In the study, the researchers compared lung cells from old and young mice and found that in the old mice, genes that make three classic pro-inflammatory proteins, called cytokines, were more active in the lungs of old mice. The cytokines are interleukin-1 (IL-1), interleukin-6 (IL-6) and tumour necrosis factor-alpha (TNF-a).

In addition, immune system cells called macrophages in the lungs from old mice were in an advanced state of readiness to fight an infection – a status that signals inflammation. Macrophages in young mouse lungs were in a normal, resting state.

“Essentially, ibuprofen made the lungs of old mice look young. Putting young mice on ibuprofen had no effect because they had no lung inflammation, which implies the ibuprofen reduced the inflammation and changed the immune response in the old mice,” Turner said. “It might be that ibuprofen works on specific pathways to lower inflammation, and that might help with control of TB,” she said.

people with TB, Turner emphasised that she and colleagues are not recommending use of the drug for the purposes of lowering inflammation. The research is published in the Journal of Leukocyte Biology.