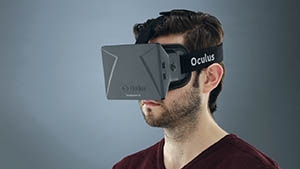 New York : Acquiring startups might not be a big deal for Facebook, but for Oculus’ young founder, it was something he never had imagined, reports ANI.

Facebook signed the deal with virtual reality startup Oculus for a whopping 2 billion dollars, however, its 21-year-old founder Palmer Luckey, is still looking for words to express his delight. According to the New York Post, Luckey said that even in his wildest dreams he had never imagined that his 2-year-old startup would come so far and so fast.

Luckey, who is a college dropout, is running a company that Facebook CEO Mark Zuckerberg hailed as a leader in the next ‘major computing platform’ of virtual company. The report said that Oculus sells goggles that let users step into video games rather than play them on a screen.

Luckey was attracted to technology from an early age, but like many tech billionaires, he never got a degree, the report added.