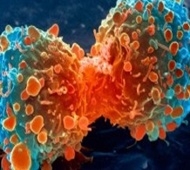 London: A drug used in the treatment of diabetes can increase the risk of bladder cancer, warns a new study adding that the risk increases with the rising duration of use and the dose.

Pioglitazone belongs to a class of drugs called thiazolidinediones and helps to control blood sugar levels in patients with type 2 diabetes.

However, the findings of the study revealed that taking the drug increases risk of bladder cancer by 63 percent.

The researchers wanted to assess the drug after a number of bladder cancer cases were identified among people taking the drug in a trial in 2005. Since then different studies have reported contradictory findings on the subject.

Canadian-based researchers examined the use of pioglitazone with other anti-diabetic drugs and found an increased association of risk of bladder cancer in patients with type 2 diabetes.

The team analysed data for 145,806 patients from Britain’s Clinical Practice Research Database (CPRD), who were newly treated with diabetes drugs between 2000 and 2013.

Potential influential factors such as age, sex, duration of diabetes, smoking status and alcohol-related disorders, were also taken into account.

In contrast, the use of rosiglitazone was not associated with an increased risk of bladder cancer in any analysis, suggesting the risk is drug-specific and not a class effect, the researchers maintained in the study published in the journal The BMJ.

The results may have implications for prescribing, and suggest doctors and patients should be aware when assessing the overall risks and benefits of diabetes drugs, the researchers pointed out.

Though the risk of bladder cancer remains low, in absolute terms, the authors suggested that the doctors and patients should be aware of this association when assessing the overall risks and benefits of this therapy.

Working closely with their clinicians, “patients can identify the agent that is best for them given their context, both clinical and personal,” suggested Victor Montori, professor at Mayo Clinic in the US in an accompanying editorial.