With the decrease in hormone production during menopause, women are more prone to a number of psychological problems, including depression, anxiety, irritability, nervousness, sadness, restlessness, memory problems, lack of confidence and concentration, and a loss of libido.
IANS 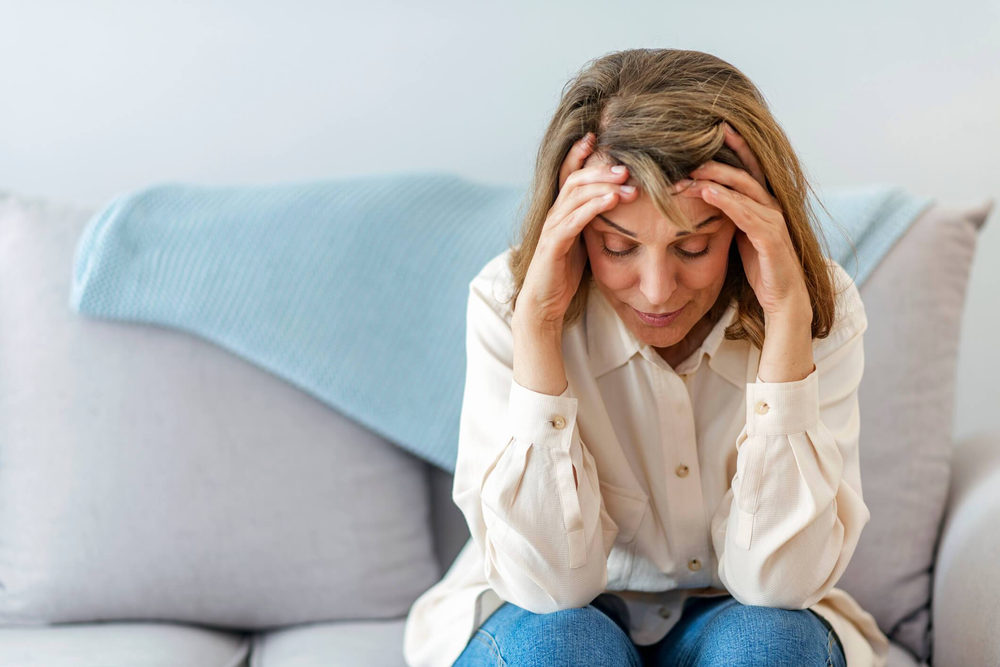 New York: Depression has been shown to be prevalent during menopause, affecting as many as 70 per cent of women transitioning into menopause, say researchers.

The study, published in the journal of The North American Menopause Society (NAMS), not only confirms the high prevalence of depression but also the greatest risk factors for it in postmenopausal women, as well as any relationships with anxiety and fear of death.

"The findings are consistent with existing literature and emphasize the high prevalence of depressive symptoms in midlife women, particularly those with a history of depression or anxiety and chronic health conditions," said study researcher Stephanie Faubion, NAMS medical director.

With the decrease in hormone production during menopause, women are more prone to a number of psychological problems, including depression, anxiety, irritability, nervousness, sadness, restlessness, memory problems, lack of confidence and concentration, and a loss of libido.

At the same time, as women age, the fear of death becomes more pronounced. Depression and anxiety, which are the most common psychological problems that occur during the menopause transition, likely increase that fear, the researchers said.

For the current findings, the research team picked 485 postmenopausal Turkish women aged between 35 and 78 years. The researchers sought to determine the frequency of depressive symptoms in postmenopausal women, the variables affecting it, and the levels of anxiety and fear of death.

They then evaluated the relationship between all these variables and postmenopausal depression. They found that depression in postmenopausal women is a common and important health problem that requires further study.

In this specific study, 41 per cent of the participants were confirmed to experience some form of depression. In addition, the researchers identified those risk factors that most affected depression in postmenopause.

These included being a widow or separated from one's spouse, alcohol consumption, any medical history requiring continuous medication, the presence of any physical disability, physician-diagnosed mental illness, and having four or more living children.

"Women and the clinicians who care for them need to be aware that the menopause transition is a period of vulnerability in terms of mood," Faubion said.