Being generous is easier than thought 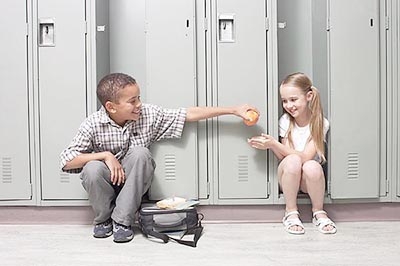 Washington : It is not so difficult to be generous as earlier thought, finds a computational model of how the brain makes altruistic choices, says IANS.

The model helps predict when a person will act generously in a scenario involving the sacrifice of money. “We take a very simple model of choice that is been developed for predicting perceptual decisions — like whether a dot is moving left or right — and adapt it to capture generosity,” said lead author Cendri Hutcherson, director at Decision Neuroscience Lab at the University of Toronto.

Hutcherson carried out the work as a postdoctoral fellow at the California Institute of Technology. The work appearing in the journal Neuron helps explain why being generous sometimes feels so difficult.

“What matters is not whether you can exert self-control, but simply how strongly you consider others’ needs relative to your own,” Hutcherson said. “If you consider the other person’s needs more, being generous feels easy. If you consider yourself more, generosity requires a lot of effort.”

The model is based on brain scans of 51 males as they made decisions in a modified version of the “Dictator Game.” To play this game, each participant was paired up with a stranger he would never meet and asked whether he would be willing to sacrifice different amounts so that the stranger could get a significantly larger pay-out.

The money was real and each participant had to make a total of 180 decisions. The brain scans suggested that different brain areas represent one’s own and others’ interests. People are more likely to give away resources if they already have in mind how their donation will benefit someone else.