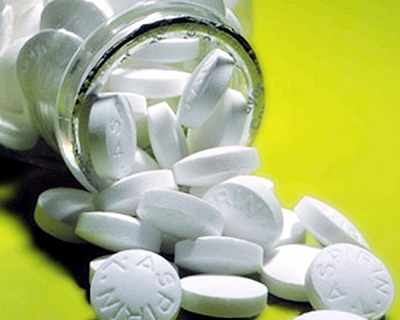 Aspirin improves survival in patients with tumours situated throughout the gastrointestinal (GI) tract, results from a large study in The Netherlands show. This is the first time that survival data from patients with tumours in different GI locations have been analysed at the same time; previously, only one type of cancer, usually colorectal, was studied.

The results of the study, involving nearly 14,000 patients, may lead to new insights regarding the use of aspirin in GI cancer say the researchers. Presenting the results to the 2015 European Cancer Congress, the trial co-ordinator Martine Frouws from Leiden University Medical Centre will describe how her team analysed data from 13,715 patients who had been diagnosed with a GI cancer between 1998 and 2011.

By linking the data to drug dispensing information from PHARMO, the Institute for Drug Outcomes Research based in Utrecht, the team was able to show an association between aspirin use after a cancer diagnosis and overall survival (OS); they found there was a significant increase in OS among patients who did take aspirin compared to those who did not.

Patients using aspirin after their diagnosis had a chance of survival twice as high than that of those who did not use it in the same circumstances. The beneficial effect of aspirin use on survival was seen in patients with GI tumours after adjusting for potential confounding factors such as sex, age, stage of cancer, surgery, radiotherapy, chemotherapy and other medical conditions or disorders.

The scientists believe that the beneficial effect of aspirin in cancer is due to its antiplatelet effect.