A writer’s job is not to make tourist brochure of India: Booker prize nominee 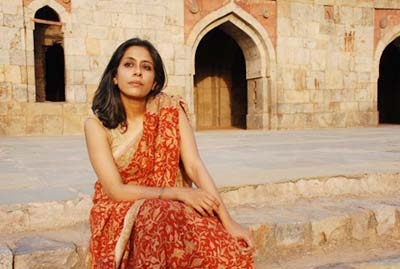 As a writer, she says, she can’t close eyes to the unsavoury truths around her. “Why wouldn’t I write about something which affects me deeply? A writer’s job is not to make a tourist brochure of the country.” said Roy, whose previous books “An Atlas of Impossible Longings” (2008) and “The Folded Earth” (2011) had won several prestigious awards, reports IANS.

Roy was nominated for the coveted prize for her third novel “Sleeping On Jupiter” (Hachette India) which explores the issue of sexual violence against women and children in India. The author, based in Ranikhet (Uttarakhand) said she could not believe it when she was told about the listing. “It was complete disbelief, when my husband broke the news to me. It is satisfying and wonderful to make it to the list, which is open to the world,” Roy said adding that the controversy surrounding the new rules of Booker Prize hasn’t taken any sheen off it.

“The opening up of Booker to the world has not gone down well with the British. They feel that when Pulitzer is not open to others, so why the Booker Prize should be open to the Americans,” asked Roy, who runs a publishing house, Permanent Black, with her husband.

Roy’s new book traces the journey of the protagonist Nomita Frederikson from Oslo to make a documentary on Jarmuli, (a fictional place), the Indian temple town by the sea. It traces Nomita’s experiences, as a child – of violence and sexual abuse.

The author also slammed reviews describing the book as an expose on Indian hypocrisies. “If somebody chooses to say the book is about Indian hypocrisy, it doesn’t mean the book is one. In the book, I deliberately refrained from specifying the wars and tried to universalise war. It applies to everyone affected by war and displacement,” Roy opined.