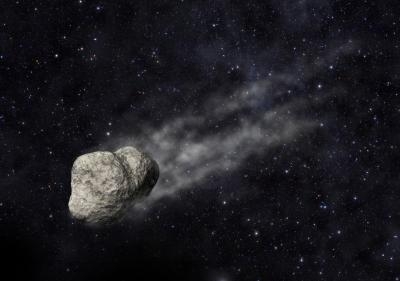 Bengaluru: Did a comet strike jump-start life on Earth? The findings of the European Space Agency’s Rosetta Mission tend to suggest this possibility.

An instrument on board the Philae Lander of Rosetta Mission has identified 16 organic molecules on the surface of a comet that are potentially “prebiotic”, or necessary for life, the mission scientists have reported in a recent issue of the journal Science.

“These are the first organic molecules to be ever reported directly, from in-situ analyses, from the surface of a comet,” Chaitanya Giri, a co-investigator of Cometary Sampling and Composition Experiment (COSAC) of the Rosetta Mission and one of the authors, told IANS.

On November 12, 2014, Philae Lander became the first space probe to soft land on the surface of a comet called 67P/Churyumov-Gerasimenko. Besides COSAC, Philae carried several scientific experiments on board, with each trying to decipher the nature of the comet.

COSAC – which is a gas chromatography-mass spectrometer – aimed to study the surface ‘organic’ chemical composition of the comet, said Giri, a post-doctoral research scientist in the Department of Planets and Comets at the Max Planck Institute for Solar System Research (MPS) in Gottingen, Germany.

According to the report, the Philae Lander bounced off the comet’s surface multiple times after the touchdown before coming to rest. The dust cloud kicked up from the bounces entered the COSAC instrument, which analysed the dust. “The entire COSAC team studied the mass spectra data generated by it,” Giri said.

The COSAC team, led by Fred Goesmann, involved scientists from France, Germany, Ireland, the Netherlands, Spain, Switzerland and the United States. Giri, the only Indian on board, has been part of the team for the past five years in various capacities, beginning as a trainee doctoral student.

These new molecules are acetamide, methyl isocyanate, propionaldehyde and acetone. Other re-reported molecules include hydrogen cyanide, formamide and glycolaldehyde.

“All these molecules are of great significance for triggering prebiotic chemistry – the precursor processes towards the formation of life,” Giri said. These are the same molecules that are known to be the building blocks for the origin of life on Earth and are major constituents of known molecular biological processes, he said.

For instance, Glycolaldehyde is known to play a crucial role in the prebiotic synthesis of sugars. Hydrogen cyanide is a known and important precursor for synthesis of amino acids and nucleobases. Formamide and acetamide are known to play a crucial act in the formation of nucleobases and phosphorylation of nucleosides to nucleotides. Within their chemical structure they also contain the so-called “CONH” bond that is the only known way to polymerize amino acids into peptides and further into proteins.

“For centuries, comets have been regarded as omens of destruction,” Giri said. “Our findings have revolutionized human perception of comets. The COSAC-reported potentially prebiotic molecules now point to the likely role of comets as harbingers of life on Earth.”

However, many important questions yet remain unanswered and further exploration of comets and other small bodies is indicated, he added.

“Rosetta is an icon of international co-operation, public support and state-of-the-art science and technology. Such missions are crucial prerequisites for human advancement in outer space. The knowledge gained through Rosetta urges us to explore even further,” he said.